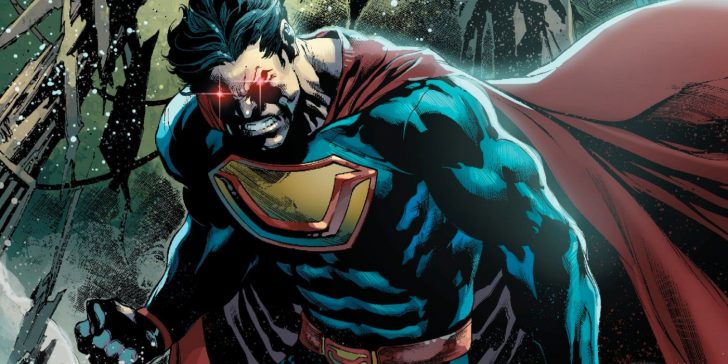 Ultraman, Superman’s evil doppelgänger from Earth-3, can easily beat his heroic counterpart in a fight using one truly disgusting technique.

If Superman and his evil version Ultraman ever fought, the fight might be decided in a truly disgusting way. Superman is one of the most powerful figures in DC Comics, but he has some very well-known weaknesses. The foremost among them is kryptonite, the mineral remains of his destroyed home world. While different colors of kryptonite affect Superman in different ways, exposure to green kryptonite can be lethal for him. Ultraman can take advantage of this weakness in the worst way possible.

Ultraman is a version of Superman from Earth-3, which is an alternate universe where the Justice League is an evil organization called the Crime Syndicate. Where Superman is the ultimate force for good on Earth-0, Ultraman is the ultimate evil on Earth-3. He rules over that dimension with an iron fist, killing anyone who displeases him without a second thought. In addition to being Superman’s opposite in terms of morality, he also is the opposite in terms of weaknesses. Green kryptonite actually gives Ultraman his powers instead of weakening him. And as is revealed in the crossover event War for Earth-3, kryptonite is even directly built into his bodily functions.

In War for Earth-3 #2, written by Robbie Thompson and Dennis Hopeless with art by Kieran McKeown with Dexter Vines, Rick Flag’s Suicide Squad and the Teen Titans are attempting to defeat an alliance between Amanda Waller and Ultraman. Using Ambush Bug’s powers in tandem with Mirror Master’s technology, the Squad is able to rapidly teleport Ultraman, disorienting him and making him nauseous. As he throws up, Peacemaker notes that his puke actually contains kryptonite. Expelling this kryptonite from his body weakens Ultraman enough for the heroes to get the upper hand against him, but it also has horrifying implications for Superman.

If Ultraman ever needed a quick upper hand in a fight against Superman, he has a way to immediately access kryptonite. All he would have to do is trigger his gag reflex and vomit on the Man of Steel. While this would slightly weaken Ultraman, coming into contact with that much kryptonite would drastically weaken Superman and potentially take him out of the fight entirely. While Ultraman probably wouldn’t want to have to resort to that technique, given his evil nature he would probably be all right using such an underhanded technique if he had to.

At the end of War for Earth-3 #2, Ultraman is trapped in the Phantom Zone, so it is unlikely that he and Superman will fight each other any time soon. And given how many enemies he has made during his time ruling over his Earth, Superman would probably be the least of his worries if he ever broke free. But if Ultraman did ever fight the Superman from Earth-0, his disgusting secret weapon would almost guarantee his victory.

More: Superman’s Weirdest Power Proves He’s Not As Pure As He Pretends

90 Day Fiancé: Mike Announces He’s A ‘Receipt Keeper Of All Facts’ On IG