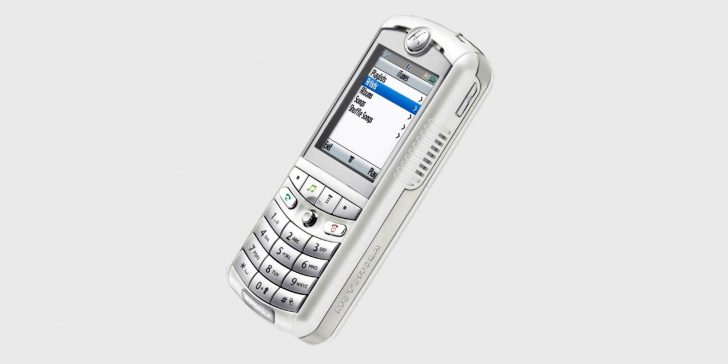 The Motorola ROKR, or iTunes Phone, was Apple’s first attempt at a phone. Made in collaboration with Motorola, it launched before the first iPhone.

A few years before the iPhone was first launched, Apple and Motorola collaborated on the release of a phone called the Motorola ROKR a.k.a. the iTunes Phone. The iPhone has come a long way since the first model was announced in 2007. Notwithstanding the advancements in technology, some things have remained unchanged such as a touch display.

Apple is not new to working with companies that are also rivals. Its biggest contender in the smartphone segment is Samsung, but for years the South Korean tech giant has made parts for use in Apple’s smartphones. Apple was also a competitor of IBM for decades, but in 2014 the companies formed a partnership to improve iPhones and iPads for enterprise users. On the other hand, there are those who used to be partners but are now rivals. An example is Intel whose chips have traditionally powered Apple computers but have now been replaced by by Apple’s own silicon.

RELATED: Why Apple Never Made An iPhone 2

The Motorola ROKR was announced in September 2005 as the world’s first phone with Apple’s iTunes. The integration of the iTunes software meant users got the same user interface as the iPod. The aim of the collaboration was to provide the iTunes experience on a phone, allowing owners to load their iTunes library, including audiobooks and podcasts, on the device. In Steve Jobs’ words during the launch, the Motorola ROKR “is an iPod Shuffle right on your phone”. The partnership also had a third player — Cingular — which was the largest wireless carrier in the U.S. at the time and served as the exclusive carrier of the iTunes Phone. The phone had a price tag of $249.99.

The ROKR was an average phone by 2005 standards. It had a tiny 1.9-inch display that sat above an alphanumeric keypad, and a VGA camera on the back. Other features included dual-stereo speakers, stereo headphones, a dedicated Music key that launched iTunes from any screen, a disco-like sidelight, and a USB port that allowed it to be connected to a Windows or Mac for transferring files. The device could store up to 100 songs which was a tad lower than the 120 songs the iPod Shuffle was capable of holding, and a far cry from the 1,000 songs the original iPod and iPod Mini could store. Despite the fact that it was the first phone with iTunes built in, it wasn’t a success.

Slow software and a measly storage were among its biggest flaws. Plus, the iTunes Phone was technically not a new phone but a rebrand of the 2004 Motorola E398. In fact, E398 users could flash the software of the ROKR on their devices. Considering the experience wasn’t great on the ROKR, many were willing to buy a better phone and a separate iPod. However, what appears to have been the biggest challenge for the Motorola ROKR was Apple’s iPod Nano.

Unveiled on the same day, the iPod Mini replacement could hold up to 1,000 songs, with the lowest 1GB model (announced months later) capable of storing 240 songs, more than double the ROKR. The iPod Nano was launched for $249 for the 4GB version while the 2GB version was priced at $199. The MP3 player undercut the ROKR so much that the relationship between Motorola and Apple soured. Motorola’s then CEO, Ed Zander, even believed it was an intentional act by Apple. Despite that, Apple and Motorola announced yet another iTunes phone, the Motorola SLVR L7. In 2007, Apple launched the world-changing iPhone with a touch screen, 2MP camera, and up to 16GB of built-in storage, and the rest, as they say, is history.

NEXT: iPhone Today Years-Old: Two-Finger Drag Gesture To Select All