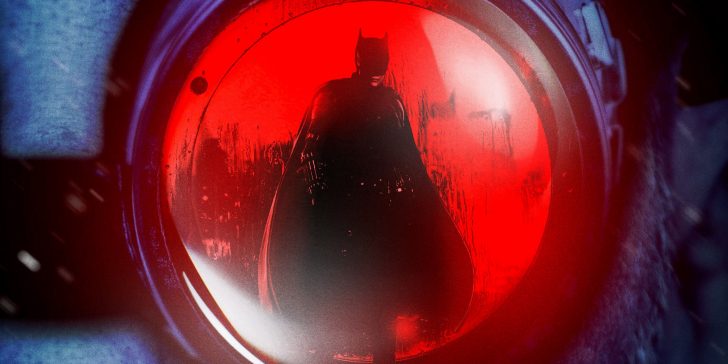 A fan poster for a sequel to The Batman imagines Robert Pattinson’s Dark Knight facing off against classic comic book villain Mr. Freeze.

A fan poster for The Batman 2 sees Robert Pattinson’s Dark Knight face off against Mr. Freeze in a potential sequel. Matt Reeves’ recent reimagining of the Batman mythos has been roundly received as an overwhelming success, grossing over $700 million at the worldwide box office and being lauded by both audiences and critics. Pattinson’s turn as a decidedly more angsty and emotionally compromised Bruce Wayne has led to fans deeming him as the definitive Batman in a long line of cinematic adaptations.

With this level of success, it seems as though this version of the Dark Knight will be here to stay for numerous future projects that will build an expansive Bat-verse. A spin-off series has already been commissioned at HBO Max centered on Colin Farrell’s Penguin and an Arkham series is also reportedly in early development. While not officially greenlit, it seems inevitable that audiences will also be receiving a full-fledged sequel to The Batman in due course following Pattinson’s continuing crusade against crime in Gotham City.

Related: Everything We Know About The Batman 2

Now, @BatmanContent has shared a piece of fan art that pitches a sequel for The Batman that sees Mr. Freeze as the central antagonist. The poster is a simple but effective design featuring Pattinson’s Batman reflected in the glowing red lens of Mr. Freeze’s goggles. The poster also suggests a potential title for the follow-up, Night of the Batman, providing an interesting option to retain the naming convention of the first film while providing something new. View the full post below:

The piece is a well-made poster that posits a premise for The Batman 2 that fans have been asking for, with many wishing to see a grittier adaptation of the Mr. Freeze storyline introduced in Batman: The Animated Series. Indeed, the design of Freeze himself in this poster is evocative of the BTAS incarnation, with the blue skin and red goggles being synonymous with the tragic character voiced by the late Michael Ansara. The reflection of Batman in Freeze’s goggles also allows the poster to keep the striking red color scheme that was an iconic part of The Batman’s marketing.

This poster for The Batman 2 seems like a dream for many fans asking for a film featuring Mr. Freeze that would loosely adapt the “Cold, Cold Heart” storyline in which he is a tragically altered scientist trying to save his cryogenically frozen wife. While this poster doesn’t suggest a casting choice for Freeze, fans have already thrown names like Giancarlo Esposito and Mark Strong as potential candidates to do the character justice. Of course, there may be concern that Mr. Freeze could be too fantastical of a villain to adapt so soon in Reeves’ more grounded approach to the Caped Crusader. While Barry Keoghan’s Joker may seem like an obvious go-to for the central antagonist of The Batman 2, the next film in the series could also adapt the Court of Owls which would follow on from the sub-plots of behind-the-scenes meddling and conspiracy established in the first film with Falcone. Regardless, this is a brilliantly made piece that exemplifies the huge fan anticipation for a follow-up to The Batman.

Next: Arnold Schwarzenegger Isn’t The Worst Mr. Freeze (And Could’ve Been Great)

Matthew Jasper is a Film & TV News Writer for Screen Rant, producing articles on recent events within the industry. Matthew has worked under Universal Pictures UK, the BBC and local film festivals during his developing career.

Based around Birmingham, when not watching and writing about various Movies and TV Shows, Matt can be found trying to beat his PB in the gym or putting a dent in his never-ending reading list.