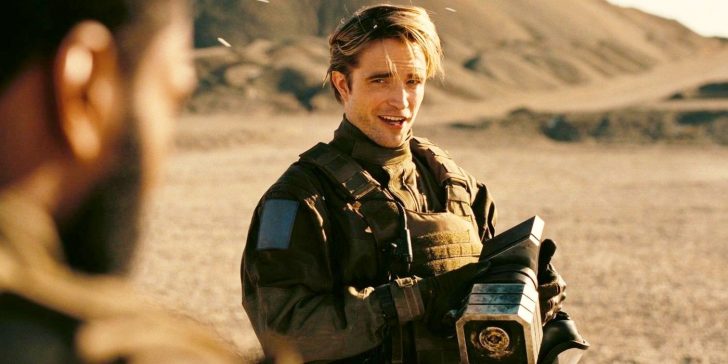 The Batman director Matt Reeves reveals that when he first learned of Robert Pattinson’s casting in Christopher Nolan’s Tenet he was “devasted.”

The Batman director Matt Reeves has admitted that he was “devastated” when he first learned that Robert Pattinson had joined the cast of Christopher Nolan’s Tenet. Nolan, who had also helmed The Dark Knight trilogy featuring Christian Bale as Gotham’s vigilante protector, wrote and directed the 2020 sci-fi thriller Tenet. In the film, Pattinson plays CIA handler Neil. Pattinson’s casting was first announced in March 2019, roughly the same time that Reeves had begun preparations for The Batman following the departure of Ben Affleck from the role.

After seeing Pattinson in the 2017 crime drama Good Time, Reeves had written the script for his reinvention of the Batman franchise specifically with Pattinson in mind for the role of Bruce Wayne. While other actors Nicholas Hoult, Armie Hammer and Aaron Taylor-Johnson were all on the initial shortlist, only Hoult and Pattinson were screen-tested for the role. Pattinson has said that he was initially so nervous about telling Nolan he was auditioning for The Batman that he lied to the director about having a “family emergency” when he needed to fly out for the initial screen test. Nolan, however, quickly saw through the ruse and ended up providing the actor with advice about getting more movement from the Batsuit.

Despite Pattinson being so keen on landing the iconic role that he decided to fib about his audition, it would seem that Reeves was concerned the actor may not even be interested in The Batman at all. In a recent interview with ReelBlend Podcast (via Comicbook), Reeves admitted that when he learned about Pattinson landing his role in Tenet, he was “devastated,” worrying the actor would not consider taking on The Batman after working with Nolan. Read Reeves’ full comments below:

“I mean, [Nolan] had a high bar to try to clear, to try to come up to, to try to even come close to meeting. I was aware that he was doing Tenet, and I thought that was really cool. In fact, I was a little … Let me tell you how it really affected me. I wrote the story, I wrote this script with Rob in mind. I wanted him to be my Batman. I had no idea if he was gonna be Batman, and when it was announced that he was cast by Chris in Tenet, I was devastated.

I was convinced – because he’d been doing all of these art films and he’d been working with all these interesting filmmakers … If he’s gonna do a blockbuster, will it be Batman and would he do more than one? When he’s doing a blockbuster with one of the definitive Batman filmmakers, I thought, ‘Okay, so there goes that. He’s not gonna want to be Batman.”

Reeves’ fears turned out to be unfounded, and Pattinson’s performance as Batman is currently receiving largely positive reactions from audiences worldwide. Praised for his unique take on the role, inspired in part by the late Nirvana front man Kurt Cobain, Pattinson has delivered a Bruce Wayne unlike any live-action iteration that has been seen on screen before. Highlighting Batman’s detective prowess, and delving into the psychological repercussions of his dual identities, The Batman is so far set to become another major success for Warner Bros.’ flagship DC character.

Now that The Batman has enjoyed a massive opening, surpassing weekend box office takings for Nolan’s Batman Begins in a single day, it will be hard for audiences to consider what the film would have looked like without Pattinson. As talented an actor as Hoult is, Reeves himself admits to writing the role with Pattinson in mind, and may have had a much harder time adjusting to the role with a new actor as a consequence. In good news for both Reeves and The Batman’s adoring fans, however, Pattinson’s casting in Tenet did not end up excluding him from working on the latest box office hit.

Next: All 7 Villains The Batman Sets Up

How Dumbledore Knew Harry Would Survive Being Killed By Voldemort