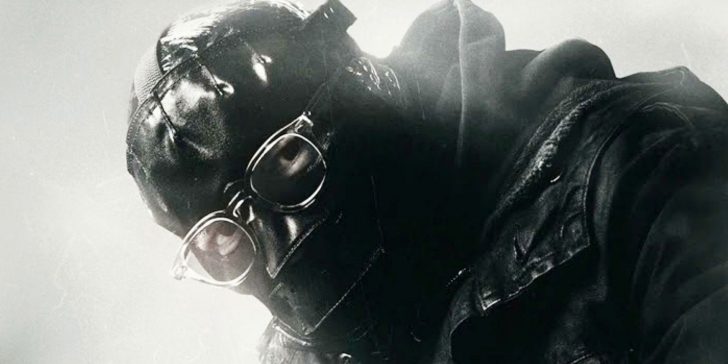 The Batman director Matt Reeves describes the Riddler (Paul Dano) as a scary but also empathetic villain in the upcoming Warner Bros/DC film.

Director Matt Reeves says that The Batman’s Riddler is both scary and empathetic. Paul Dano squares off with Robert Pattinson’s new Dark Knight in the upcoming DC Films project. Not much is known about the bad guy thus far, but the filmmaker hypes him up by giving fans an idea about what to expect from the character.

Unlike Jim Carrey’s kookier version in Batman Forever, Dano’s iteration of the Riddler, aka Edward Nashton, is darker and broodier. Marketing for The Batman has purposefully kept him mostly hidden in trailers and other official clips, leaving fans with very little information about the character. But it’s clear from the get-go that The Batman’s bad guy is a worthy adversary to Pattinson’s Bruce Wayne, who’s just in his second year as the titular vigilante. Based on what’s officially been revealed about the blockbuster, it appears as if Nashton is guiding Bruce down a dark path where he learns his family’s hidden past. As heavily hinted, it seems like the Waynes are partly to blame for the city’s issues that the Caped Crusader is trying to resolve.

Speaking with T0ronto Sun, Reeves opens up about his decision to make the Riddler The Batman’s primary villain. The blockbuster also features a few other characters from the hero’s famed rogues’ gallery, but it’s clear that Nashton is the narrative’s main bad guy. The filmmaker understandably can’t talk about spoilers, but he says that, while Nashton is scary, fans will also feel empathetic towards him. Read his full answer below:

“So it would be a version of the Riddler like you’ve never seen before. I think that Paul is so scary in the film, but you have empathy for him, too. You start to see how he arrives at this place. I think what he does with it is really special. I’m so excited for people to see it.”

Considering the fact that Nashton appears to know a lot about Gotham’s past and the Waynes’ connection to the city, some are theorizing that he was negatively impacted by some past tragic event that took place in Gotham. Therefore, his actions could be motivated by childhood trauma. What makes Nashton more dangerous is the fact that he knows who Batman is, and according to Pattinson, losing his anonymity is his Caped Crusader’s greatest fear. The pair will have some intense confrontations in The Batman, as teased in the trailers, but for the most part, it seems like Bruce will be working on cracking the villain’s riddles, solidifying his title as the World’s Greatest Detective. Dano previously said that after playing the Riddler, he’s had trouble sleeping — another indication that this version of the villain is more complex than most comic book bad guys.

Empathetic villains are nothing new, especially in the comic book movie sandbox. Marvel Studios has Thanos (Josh Brolin) and Killmonger (Michael B. Jordan), while DC has Cheetah (Kristen Wiig) and Joaquin Phoenix’s version of Joker. So, it will be curious how the Riddler differentiates himself from his predecessors. In any case, considering the glowing reviews for The Batman, it’s safe to say that Dano’s empathetic villain is one to look forward to.

More: Why Robert Pattinson’s Batman Is So Much More Brutal