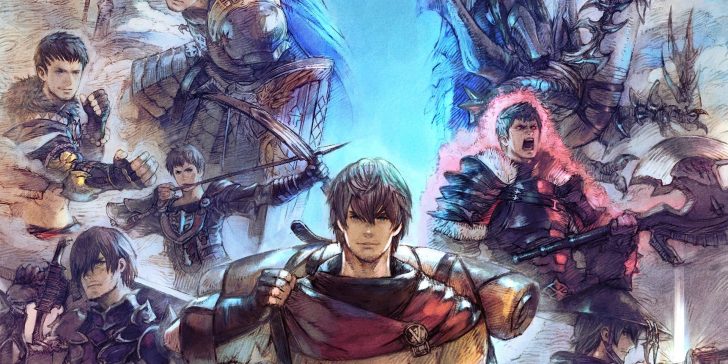 This latest Live Letter from the Producer covered a ton of new things coming to Final Fantasy XIV when Patch 6.1 launches sometime in mid-April. There were teasers and screenshots for several new questlines coming to the game, some welcome quality of life changes, and details on anticipated features. We already reported on a number of features coming to Patch 6.1 during the previous Live Letter, but we’ll be comprehensive while focusing on what’s new here.

The stream was Japanese-only and did not include live interpretation. However, the r/FFXIV translation team provided information from the Live Letter on their Discord. (Special thanks to Miuna and iluna minori from the Discord channel.) We also had a Twitter thread throughout the FFXIV Live Letter, and you can check it out below.

And so, it begins! Japanese-only, so we’ll be relying on the excellent translations for the FFXIV Discord. #FFXIV pic.twitter.com/lbCep5dhqX

Patch 6.1 is subtitled “Newfound Adventures” — while Yoshida-san admitted that the name is quite simple, it indicates the direction of FFXIV and players going back to being adventurers. Of course, new main story quests are included. Although we got some sweet screenshots of Tataru and Estinien, it’s still a mystery for now. No surprise that we’re getting a new four-player dungeon as well, but apparently it’s a secret for now! A new side quest series called “Tataru’s Grand Endeavor” was previously revealed, but we did get a screenshot of our potato leader looking mischievous. However, new role quests were announced, and these will unlock once you finish all of the current Endwalker role quests (similar to how they worked in Shadowbringers). Yoshida-san said it will include the characters you helped in the Endwalker quests and they’ll show their appreciation for the support you gave throughout the story. (This means more Aymeric, yes!) The Arkasodara tribe quests will start in Patch 6.15, giving us a reason to spend more time in Thavnair. These will unlock after finishing the existing “Steppe Child” and What’s in a Parent” quests. Additionally, “beast tribe” quests will be renamed to “tribal quests” when Patch 6.2 drops — Yoshida-san said the team couldn’t make all the necessary UI changes in time, but mentioned that it’d feel wrong to continue calling them “beast tribes” given their portrayal and place in FFXIV‘s world.

Patch 6.15 will give us the Ameliance Custom Delivery quests. If you’ve done previous Custom Deliveries in Old Sharlayan, these will be similar. The difference is everyone loves Mrs. Leveilleur. Just look at her in this tuxedo. We knew our boy Hildibrand Manderville would make a comeback post-Endwalker in the Somehow Further Hildibrand Adventures questline. But we’ll have to wait a bit long as it’s set to come in Patch 6.15. Yoshida-san said he got a ton of requests to bring the character back and joked that these cutscenes are heavy on their budget. They’ll have more on it in the next Live Letter. In a pleasant surprise for those who finished the Omega raids from Stormblood, another new questline called Omega: Beyond the Rift will be added. It’s intended to further connect the the stories of that raid series and the Omicrons from Ultima Thule together. I just hope we get to see Alpha again.

As players could have guessed, another Extreme-level trial is on the way. It’s called “The Endsinger’s Aria” and will be a much more difficult version of the final trial from Endwalker. Yoshida-san said the team is done with adjustments to the fight and that he has cleared it, but emphasized how tough it is. Because of that, players will be rewarded with two (2) of the trial’s totems upon clearing it.

We’re already anticipating the next Unreal trial, called Ultima’s Bane. Yoshida-san suggested running the old version of Ultima in preparation for the Unreal version. Although the upcoming Myths of the Realm Alliance raid was mentioned, there weren’t any new details shared, except for the screenshot teaser below. We did get a sneak peak at the new Ultimate duty, Dragonsong’s Reprise, too. It looks like we’re facing against both Hraesvelgr and Nidhogg simultaneously in a certain phase, and it sure as hell ain’t gonna be easy! Battle content director Masaka Nakagawa (aka Mr. Ozma) designed this Ultimate, and Yoshida-san said he tested each phase already and that it was scary. As part of the revamping of older content, Patch 6.1 will begin rolling out the Duty Support system for all four-player instances from A Realm Reborn‘s 2.0 main story. This is essentially the Trust system for the older instances, where you play alongside AI-controlled party members instead of real players.

Additionally, duties such The Praetorium, Castrum Meridianum, and Cape Westwind are getting reworked. The previous Live Letter mentioned these overhauls, but now we have all the details on how the new system and dungeons will work, including tweaks to the Main Scenario Duty Roulette. You can read our full breakdown of the Duty Support system and A Realm Reborn’s changes. Be sure to check out our story on the Duty Support system’s rollout schedule as well. A bunch of quality of life features will be introduced in Patch 6.1. One that was newly revealed was The Unending Codex. This will act as a glossary and reference book to help players keep track of terms and characters throughout FFXIV. Even Yoshida-san said things can get confusing and hard to remember in FFXIV. You’ll unlock this feature within the 6.1 main quest and new entries will fill it up as you progress. Not everything is going to be included in it at first and subsequent patches will add to this feature. Adventure Plates are another feature coming to Patch 6.1 — previously referred to as Calling Cards. These are customizable character portraits you create in-game, and you can apply separate Adventure Plates to different gear sets. The team hasn’t finished it quite yet, and Yoshida-san said it might not be ready until the launch of 6.1 (which means we may not see it in the next Live Letter).

The fashion-conscious players were feasting on this Live Letter — the long-awaited additions to Hrothgar and Viera hairstyles are on the way (but we didn’t get to see them quite yet), and the glamour system is expanding in several ways. We have all the details on changes to glamour in a separate story, but essentially, we’re getting extra glamour plates and the ability to use them in more safe zones. This will continue in Patch 6.2 with the expansion of the glamour dresser (from 400 to 800 slots) and the new Dream Fitting feature that lets your character try on paid-for MogStation items in-game. Oh yeah, and we’re getting new parasol idle animations! To make inventory and the market board easier to navigate, checkmarks will show up on items you already own. This is particularly useful when looking for minions, mounts, emotes, and other aesthetic items. You will also be able to use this as a filter for duplicate items when browsing the market board. These item-types will have their own categories on the market board as well. They’ll show more of this in the next Live Letter.

Don’t forget that plots for housing in the new Empyreum district go on sale when Patch 6.1 drops. If you’re hoping to live in Ishgard and stay closer to Ser Aymeric, read up on our previous coverage of how the new lottery system works.

If you’re into PvP, note that the new small-scale Crystalline Conflict mode is coming in Patch 6.1, while The Feast PvP mode comes to an end. There will be a new rewards system and significant changes to PvP Job actions, but they’ll share more details in the next Live Letter.

Lastly, the upcoming Data Center travel system was discussed in further detail. It’s a long-awaited feature that will let players within the same region visit Worlds from other Data Centers. Players using the system will be marked with a “Traveler” tag. They’ll also be subject to the same in-game restrictions as the World Visit system, and won’t be able to use Free Company chat or Linkshells from their home servers. Patch 6.2 will let players create Linkshells on other Data Centers, however. You’ll have to wait a bit longer for the feature since it won’t be implemented until Patch 6.18.

Another Live Letter is planned before FFXIV Patch 6.1 launches in mid-April. We expect plenty of more details, some gameplay of new content, and possibly a trailer — stay tuned for our coverage on it. In the meantime, check out our breakdown on the Duty Support system and overhauls coming to A Realm Reborn content as well as the new features coming to the glamour system.