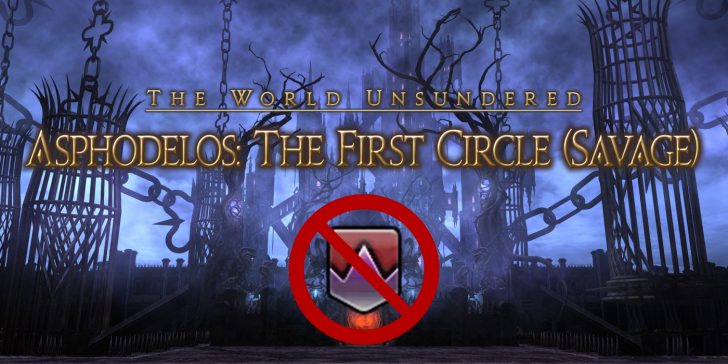 I reckon most Final Fantasy XIV Party Finder tanks are sick of seeing Erichthonios. For those braving the role, Endwalker’s first Pandaemonium raid encounter often means navigating a sea of players demanding tanks sacrifice their damage for the convenience of six other folks. After a few months of this, it seems some of y’all aren’t havin’ it anymore. The tanks have revolted.

In what is now my favorite ridiculous PF moment, some FFXIV players are posting tank-only party listings airing their frustrations while others are clearing the first savage fight without healers or DPS. Instead of dealing with strategies that demand the role take a Damage Down debuff, they’re just.. eschewing traditional party compositions and beating up Erichthonios in a group of Gunbreakers, Dark Knights, Warriors, and Paladins.

Sure, the clutter of in-game posts aren’t all folks looking to seriously jump in as an eight-man tank party, but they’re clearly sick of those among us who want to shirk our raid responsibilities onto others. Thanks to the lovely players on FFXIV‘s Crystal Data Center, here’s example A:

the tanks are unionizing pic.twitter.com/qEr4mFo1bJ

To briefly explain what-in-the-hell is happening here, raid boss Erichthonios has a little move called Intemperance, where he divides the floor into nine squares and sets of a chain of rotating fire and ice spells. For a clean resolution to this phase, the party should shuffle around and avoid punishment for failed mechanics. Instead, many groups refuse to adjust to the patterns, put the responsibility on their tanks, and purposefully fail. DPS and healers escape unscathed while the tanks pick up a 30-second Damage Down debuff. If you main one of those blue jobs, it stinks.

There’s video evidence of untraditional clears, too. Over on the FFXIV Reddit, u/juice-stain1 shared footage of their eight-person tank squad clearing Asphodelos: The First Circle (Savage) in a run cleaner than some of my encounters using a typical party composition. I’m both wildly impressed by the folks who do this stuff and distraught that the tanks are learning they don’t actually need my little Scholar or Eos.

In the video, Intemperance begins around the two-minute mark. Everyone respects the mechanic, so it resolves with no ugly penalty, and they do it sustaining and mitigating their way through. It’s an entertaining clear after what I’m sure has been months of frustration, and I reckon the numerous Party Finder listings hunting for the role illustrate those grievances. Like those in this Reddit post from u/Wilfre_M, where there seems to be plenty of P1s clear parties, but no tanks.

“Over 18 tanks in demand for p1s reset. Profound Suffering.” by Wilfre_Mhttps://t.co/5CgoKecITy pic.twitter.com/MXUbbNzKvs

As my static’s resident nightmare person, I’ll wipe the party before I take a Damage Down debuff in any fight. In Party Finder, I make peace with whatever hell comes my way. But even for a silly PF strategy, this one does feel extra bad since Erichthonios’ debuff is pretty damn gnarly. Even as a non-tank, it’s adding to your clear time, and honestly, if you can navigate the hellish dartboard thing this guy has going on, Intemperance shouldn’t be so bad.

Anyway, no matter how ugly it gets, I do remain endlessly entertained by some of the strategies folks come up with in these encounters. Next, I hope one of y’all smarty-pants types come up with a way to cheese the third Savage fight—I can’t see anything, and I’m so sick of those birds.