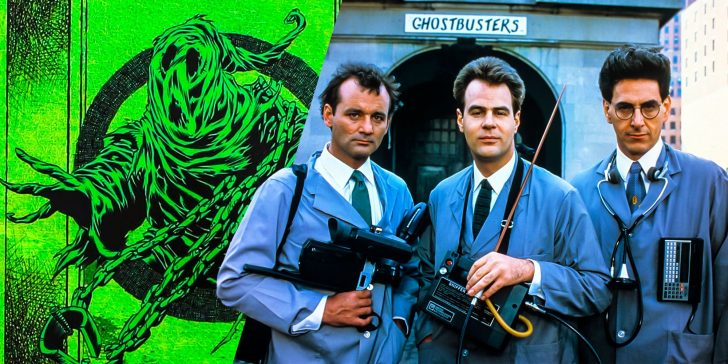 The Ghostbusters often rely on Tobin’s Spirit Guide while researching spirits, and the next entry should shed more light on this legacy character.

There’s a particular Ghostbusters legacy character the next movie should explore. Despite the enduring popularity of the Ghostbusters franchise, it’s had a strange journey on the big screen. Despite the 1984 original being a huge success, none of the cast and crew were particularly interested in returning for a sequel. It was thanks to the success of The Real Ghostbusters cartoon show that the franchise remained so popular throughout the decade, and the studio later managed to convince director Ivan Reitman and the main cast to make a follow-up.

Ghostbusters II – which almost focused on a banshee – wasn’t greeted with the same acclaim, and at the time the five-year gap between the sequel and the original was considered too long a wait. Bill Murray’s disappointment with the second movie is no secret either, and in the years that followed, he was set against returning. The franchise finally returned to the big screen in 2016 with Ghostbusters: Answer The Call, a gender-swapped remake from director Paul Feig. Sadly, the reboot was a box-office disappointment. This eventually led to 2021’s Ghostbusters: Afterlife, a direct sequel to the original that followed Egon’s grandchildren researching the late scientist’s past and stumbling upon his ghostbusting legacy.

Ghostbusters: Afterlife’s post-credits established there might be more entries to come, though it’s unconfirmed whether it will receive a direct sequel. While the movie’s performances and tribute to late Egon performer Harold Ramis received good reviews, it can’t be denied Afterlife – which fixed some Force Awakens mistakes – leaned very heavily on franchise nostalgia, right down to Gozer being the main villain again. Moving ahead, the series needs to branch out in new directions, but there’s one Ghostbusters legacy character whose past it should explore: paranormal author John Tobin.

If the name sounds somewhat familiar, that’s because he’s the author of Tobin’s Spirit Guide, which has been frequently referenced in just about every iteration of the Ghostbusters franchise. Tobin’s Spirit Guide is a comprehensive guide to all manner of ghosts, entities, supernatural events, cults and more, and is often the tome the team go to when they need to research an obscure spirit. John Tobin’s guide also contained extensive research on Ivo Shandor’s (played by J.K. Simmons in Afterlife) New York cult in the 1920s. Tobin is a Ghostbusters legacy character who has appeared in the IDW comic series and other offshoots, but his backstory is ripe material for the franchise.

To start, it’s worth exploring how John Tobin managed to compile such as a vast, detailed guide on ghosts and spirits in the early 20th century. Perhaps he had run-ins with spirits himself, and – in what would be a natural set-up for a prequel – he performed some kind of ghostbusting or spirit capture himself. Perhaps the next Ghostbusters could explore his origin, or how one of his past cases is affecting the present. Exploring the backstory of Tobin’s Spirit Guide feels like an organic path for the series to explore, and the concept of John Tobin being some kind of steampunk ghostbuster himself feels like fresh territory.

Next: The Legacy Character Halloween Ends MUST Finally Introduce