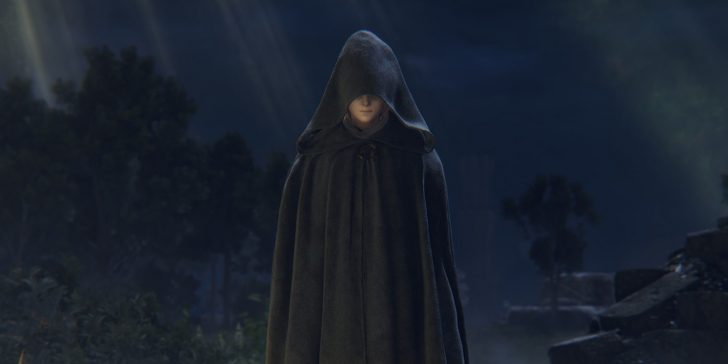 [The following piece has spoilers for Elden Ring. Tread lightly.]

I had nearly done it. I was finally about to become the Elden Lord.

The Erdtree was on fire, I bested the penultimate boss a mere stone’s throw from the final boss’ entrance, and had turned the capital city of Leyndell into a snow-white valley of ash and soot. Soon, this broken, burning world would be mine to rule over. I had ventured through every catacomb and dungeon I could find to end up right here, minutes from the ending. There were no more bosses to fight, no more mountains — literal and figurative — left to climb, but still I just sat there at the final site of grace, desperately searching Wikis for some other piece of content to mine from the game. I was unwilling or unable to finish Elden Ring and finally move on from the game.

It’s not irrational to become attached to a video game, or at least that’s what I keep trying to tell myself. Over the last 200 hours with Elden Ring, which included a review period where I hailed the game as a masterpiece, the game has become a constant and consistent activity, delaying scheduled bedtimes across the household for just one more cave to finish or another grace to find. What makes Elden Ring work is the sense of discovery you get while finding new things or stumbling across a new area or enemy you have not yet seen. Without these things, it would be a lesser and decidedly worse game. But that same euphoria of discovery can be addictive, like a hit of serotonin to a weary mind, which makes the act of actually putting it down feel debilitating in its own right.

This didn’t catch me by surprise — it was easy enough to tell when the game was winding down. As characters began to refer to my long journey as close to its end, I could feel myself scrambling for something, anything else to do. There’s still the Haligtree, I’d tell myself, venturing further north to confront a superboss I had no quarrel with otherwise. I can’t finish the game until I finish everyone’s NPC quest, I’d say while holding my nose to satisfy the requests of the loathsome Dung Eater. Hey, I wonder what happens when that guy dies, I’d ask no one in particular while swinging my sword. Turned out he was a Lesser Kindred of Rot when he died, so at least that one was enlightening.

But there eventually came a time where I had run out of things I could find on my own. That is when my relationship with the game went from one of discovery to delay, a desperate final effort to wring all the content out of it so that I did not have to reach the logical end marker and move on to something else to play. This is also when my phone became as essential to the play experience as my controller, a tiny magic rectangle in my hand affixed to wikis and Google and guides of all natures to tell me what little bit of gaming I had yet to find in the Lands Between. It became a Maiden so useful that even Varre would be jealous.

But that use comes with a tradeoff. What I loved so deeply about Elden Ring at the beginning was the novelty of uncovering things myself; I could bash my head against a boss for an hour or I could go find something new to return stronger and wiser. At the end of the game, however, there’s nowhere new to go, no more strength or wisdom to gain that I have yet to find on my own ability. There was nothing but the boss in front of me and they were not going to last forever. So I plumbed the depths of item guides to find the last little cave that I could explore or an incidental side boss I should have killed 100 levels ago. It was an empty, hollow feeling, but a victory’s a victory.

I got the last few weapons, the remaining unnecessary and likely useless-to-me talismans, armor I would never wear with lore I am not sure I even comprehended. I panned over the map wondering if that large mass of land without travel points meant I didn’t fully explore it or there simply weren’t any points left to travel. Standing on the cliffs of Liurnia, I scanned the horizon just in case I could see something I had yet to see before. I am unsure if using a guide to choke out the hindmost hours of the game hurt my experience, but it was decidedly a less interesting endeavor compared to the first few hours of wonder.

It wasn’t long until I was back there again at the Elden Throne, my Tarnished sitting at the final site of grace with one leg laying flat and another bent up. I still did not want it to end. There was surely something else out there in the world for me to find or kill or collect or kill again. Even if there were, though, I had returned here with the realization that I needed to finish the game and move on. Being done with the journey does nothing to diminish how much I loved it, but it frees me from trying to distort the feelings I had along the way to eke out just a few drops more.

Eventually, my Tarnished had to get up from the grace and walk the fifteen or so seconds across the throne room and up the stairs. Equipment was checked one last time, controller batteries were good, trophies were all lined up. I pressed triangle to start moving through the golden fog to confront the final boss and have never looked back since.