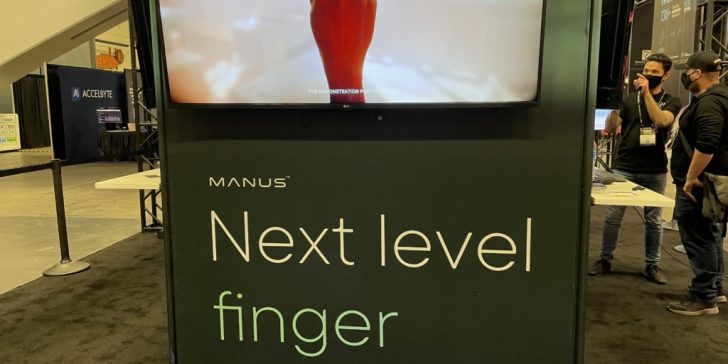 I always feel a little strange being at the Game Developers Conference, a (generally) yearly show where developers gather to commune, show off their new tech, and learn from each other. Every time I am in a nearby hotel room or coworking space getting a demo, part of my feels like I should apologize for taking time they should be spending having lunch with a colleague or going to a panel about new dialogue technology or something. That said, since I am there, the things I do see are always at least kind of neat and are a good indication for what everyone’s thinking and talking about for the coming year.

In that vein, here’s some jotted down ramblings of all the interesting things I saw and noted at GDC 2022 this year.

In a talk on the narrative technology of Marvel’s Guardians of the Galaxy, Senior Narrative Production Coordinator at Eidos Montreal Rayna Anderson explained how the game used powerful narrative tools for the game’s banter system. This banter not only needed to be timed out to sound natural, but had to take player feedback in what they’re looking at (or not looking at) to guide them to the goal without breaking immersion.
In a GDC fireside chat, Xbox chief Phil Spencer accidentally seemed to assume Sony had announced their PlayStation Game Pass-competitor already in their pre-recorded video.
During a panel for Horizon: Forbidden West, a member of the audience asked the team how they managed to get a game of that scale and fidelity working on the aged PlayStation 4, prompting a cluster of people in CD Projekt Red Shirts to chuckle and sigh amongst themselves. Must have been rough.
I played a neat 2D sidescroller called Chenso Club which has Super Smash Bros. Melee adventure mode influence coming out its pores.
There was a demo for finger-tracking technology where you put on a glove and watched a hand on-screen accurately mimic and record your movements to the smallest detail. The first thing I did was give it the bird. The demo-handlers were not amused.
There’s a pen of puppies in the expo hall for adoption. I tried to find them but it was better that I did not or I would have walked home carrying a dog.
During a Unity presentation, the PlayStation VR 2 was briefly mentioned in the ways that Unity could interact with it. One possible example given was that developers now have the ability to do local asymmetrical multiplayer with one player using the headset and another using the TV screen to play together.
There’s a lot of NFT stuff, but it seems from conversations around here that very few developers are actually interested in participating in any of that. One developer, upon commenting on my Goku t-shirt first and telling me about Vegeta’s new powers, told me that they’re asking any hiring managers recruiting at GDC for guarantees that they won’t veer into NFT tech. He said he had surprisingly few guarantees.
There are a few developers I have spoken with that think there can indeed be interesting uses of NFT technology, like reselling digital games, but they state they didn’t believe it was worth the environmental trade-off and the people in charge are only interested in the technology for quicker money-making plans.
While there was no unionization panel this year unlike previous in-person GDCs in preceding years (which is notable, honestly), that doesn’t mean unionization talk has stopped. A booth in the expo hall is handing out unionization materials again this year and is more than happy to chat about everything from Activision-Blizzard to eliminating crunch times.
The Expo Hall itself is noticeably emptier than previous years, likely a combination of lesser attendance and fewer international travelers.
I saw a demo of System Shock, the ground-up remake of the 1994 immersive-sim. Nightdive Studios stressed that the game is content complete and they’re in the polishing and bug-squashing phase of development right now. System Shock is completely remade, but they have tried to make the level design as accurate to the original release as possible.
When I asked Nightdive’s Director of Business Development Larry Kuperman what System Shock has to offer for modern players, he said “There would be no Bioshock without System Shock. Having that history available is important.”
I also asked Kuperman how a studio that expressly wants to focus on the past plans to grow for the future. He smiled, looked at me, and said “I bet in ten years we’re going to be remastering Deathloop. Preservation never really stops.”
During a demo for Illfonic’s new game, Ghostbusters: Afterlife, I noticed that the central mechanic was not letting the ghosts scare away civilians in the museum level. I commented that, if I were in a museum and I saw the Ghostbusters run into the building in uniform, I would simply go home regardless.
Block’em is a 2D Fall Guys-style party game where four players try to reach an end goal by placing blocks and jumping on them. Think a combination of Ultimate Chicken Horse and playing as Steve in Super Smash Bros. Ultimate.
Sopa is a beautiful little 3D adventure game with some of the nicest, most pleasant sunlight effects I’ve ever seen.
In the Alt-Control section of the expo hall, I played a game that is kind of like twister on top of a skateboard.
There was also a game where you buy and trade stocks by picking up a large telephone handset and screaming your order into the receiver. You might not have had to scream it, but I chose to live in the moment.
There was a martial arts fighting game where all the movement was done by hitting a padded wing chun dummy, a standing fixture with various appendages for you to hit which were mapped out onto a monster-like enemy.
I attended a demo for Owlchemy Labs’ newest game, Cosmonious High. The new VR title takes the similar kind of “do tasks to proceed” idea of games like Job Simulator but wraps it around more of a narrative and character-based story.

All in all, it was a decidedly more sedate GDC than usual, but it’s hard for anyone to know how many steps forward it makes sense to take right now. I suspect that a lot of people just genuinely did not know for sure they were coming until just a few weeks ago, which lead to a mad dash for appointments, panels, booth space, and general attendance. The gaming industry is always creating new and interesting things, but it’s not always easy to turn on a dime.