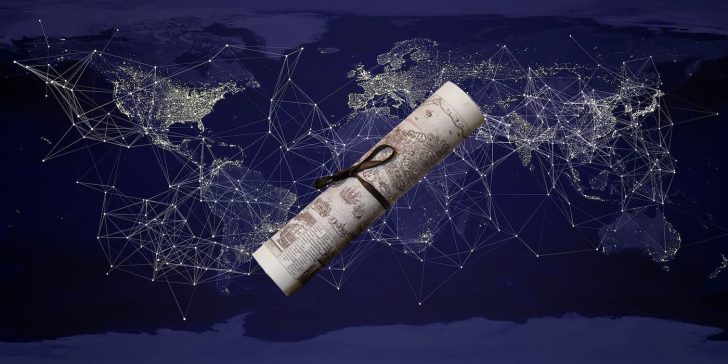 The White House issued a statement on the future of the internet co-signed by 60 global partners, but presented no clear changes in policy.

The White House issued a ‘Declaration for the Future of the Internet’ on April 28, 2022, in partnership with 60 other nations and global accords, which outlined the United States’ agenda for the internet under President Joe Biden. Online networking is in a state of distress, with many concerns directly affecting users on a daily basis. The issues surrounding online privacy, the preservation of human dignity, and censorship have all been a topic of conversation in the technology industry. Some tech companies have tried to tackle these issues on their own, but there hasn’t been a universal policy from the federal government to set the national agenda. But does the Biden administration’s latest declaration actually implement new policies to try to curb these modern-day controversies?

The United States’ response to problems introduced by new technologies has been lacking, especially in comparison to other global leaders. The European Union consistently proposes new plans to protect the human rights and privacy of consumers who use the internet and has only strengthened the protections of its citizens. More recently, the European Commission agreed upon the Digital Services Act, a piece of legislation that tasks large technology corporations with the burden of protecting the region’s consumers. The largest companies bear the most responsibility, which includes data sharing with authorities, external auditing, and the option for users to opt out of certain recommendations based on profiling. Other standards apply to all digital services that are covered by the legislation, like transparency reporting, requirements in terms of service agreements that protect user rights, and cooperation with national authorities. Digital policy in the U.S. is significantly behind the E.U., even after the White House declaration.

In developing the declaration, the U.S. has worked with civil leaders, the technology industry, academics, and “other stakeholders” for over a year, according to a press release. It was endorsed by 60 global partners, and these powers will work with the U.S. to promote the vision for the internet described in the document. The ‘Declaration for the Future of the Internet’ eloquently expresses the Biden administration’s goal for modern-day internet but doesn’t provide any concrete plans for how this might be achieved. The partners believe the internet should be a decentralized network of networks, where many authorities have a say in how the connectivity develops. Much like the way the declaration was designed, the U.S. intends for the internet to be a collaborative development between governments, the tech industry, and academics. “Digital technologies reliant on the Internet, will yield the greatest dividends when they operate as an open, free, global, interoperable, reliable, and secure systems,” the declaration states.

A Declaration In Response To Global Conflicts

Amidst a slew of statements regarding the U.S. view on a free and open internet, the need to combat government censorship stands out at a time when countries are actively restricting online connectivity. The invasion of Ukraine by Russia flooded social media with firsthand accounts of the dire situation on the ground. Due to this online environment, Russia created a ‘digital barrier’ between its state media and global outlets — blocking the popular social media networks Facebook and Twitter, and even multiplayer games like Minecraft. The Declaration for the Future of the Internet is in direct opposition to Russia’s methods of controlling information. “Concerted or independent actions of some governments and private actors have sought to abuse the openness of Internet governance and related processes to advance a closed vision,” the declaration states.

On the other end of the spectrum, the White House believes that some online entities have been far too eager to collect, monetize and sell user data. “The once decentralized Internet economy has become highly concentrated and many people have legitimate concerns about their privacy and the quantity and security of personal data collected and stored online,” the declaration continues. Major companies weighed in on the issues of privacy and online illegal content on the internet in the past year. Apple laid out a plan to scan user photos for Child Sexual Abuse Material (CSAM) images at the expense of individual privacy but quietly killed the effort. The U.S. and its partners stand against the violation of privacy and the spread of illegal content but do not explicitly state a plan to combat either issue, let alone comment on the balance between the two efforts.

The ‘Declaration for the Future of the Internet’ outlines lofty aspirations for what the modern-day internet should be, but fails to provide any clear policy changes that would make the U.S. vision a reality. It mentions everything from censorship, to privacy, to illegal content, to even disinformation — but without congressional or executive action, the declaration has little impact on the global state of the internet.

Next: Barack Obama Credits MySpace And Facebook For Helping With Election Win

Brady Snyder is a journalism and computer science student at St. John’s University. Brady is knowledgable in all things technology, hardware and software, with a concentration in Apple and MacOS.