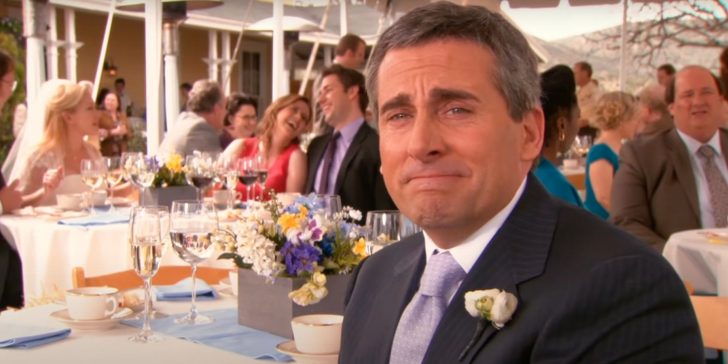 The Office creator Greg Daniels gives an update about the possibility of the iconic sitcom’s reboot and explains how he would approach the project.

Greg Daniels, the creator of the US-version of The Office, explains how he would hypothetically approach a reboot of the hit show. A true television and comedy legend, Daniels not only created The Office, but he also co-created both Parks and Recreation and King of the Hill. The impressive screenwriter/producer/director even boasts writing credits on Saturday Night Live and The Simpsons.

Arguably his most famous and most quoted show, the mockumentary workplace sitcom The Office first aired on NBC in March 2005. Daniels adapted the show from the BBC show of the same name that ran from 2001-2003, an ambitious task considering the universal acclaim that the original show enjoyed. While fans of the British version expressed hesitancy at the idea of a reboot and the first season of the adaptation received mixed reviews, the rest of the story of Daniels’ version of The Office would, of course, go down in television history forever, its impact on pop culture and television virtually unmatched by any other comedy show before it. The series continued for nine seasons before giving viewers a triumphant and bittersweet series finale in 2013.

In an interview with Collider, Daniels discussed the artistic approach he would consider if he embarked upon a reboot of The Office. He considers how it might connect to its predecessor, clearly cognizant of the show’s unique and stand-alone brilliance. Mindful that a disappointing reboot might disrupt the closure fans received from the show’s skillfully-crafted series finale, Daniels describes in the interview a hypothetical reboot that respects The Office enough to expand the show’s world instead of simply rehashing the plotlines of the original characters.

“I can’t tell whether fans would want more of it, and when I say more of it, I don’t think it would be the same characters. I think it would just be sort of like an extension of the universe, you know what I mean, like the way [The] Mandalorian is like an extension of Star Wars. But I don’t know if that would be something people would want or not, it’s hard to tell.”

The success of The Office explains Daniel’s amenable willingness to ponder about a possible reboot. However, the now-inconceivable resistance viewers initially displayed to both The Office (in comparison with the original UK version) and the first season of Parks and Recreation before the shows received critical acclaim might explain his amiable apprehension towards the idea. He admits in the interview that he’s unsure if the possible achievement of a show is worth having to endure the discouraging negativity at its beginning.

Undoubtedly, however, the millions of fans of Daniel’s work would enthusiastically insist that a gem like The Office is emphatically worth any initial pessimism from the public. And one would be remiss to disagree – his obvious record of television success suggests that a reboot would easily join the legendary ranks of his previous work. With the immense influence of his work, Daniels irrevocably shaped the future of comedy in television. While a hypothetical reboot signifies the truly daunting challenge of having to both celebrate and expand upon the genius of the original show, if anyone can pull it off, it’s the legendary creator himself.

Next: Ryan Was The Office’s Best Villain (And It Ruined Him)