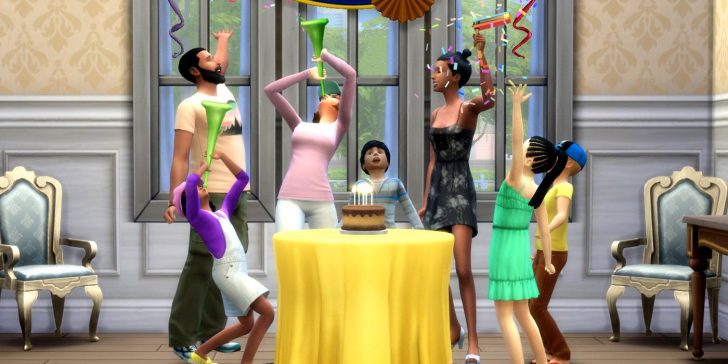 The official The Sims Twitter account asks its community “What’s the most chaotic item?”, and players responded with their favorites from the entire series. The Sims, first released in February 2000, is still going strong as one of the best-selling game titles over twenty years later. This is in no small part due to the community fostered by both its millions of fans and The Sims creators themselves.

With over four base games and dozens of expansion packs, The Sims series has accumulated a massive roster of items reaching well past the thousands. The series is well-known for having a quirky sense of humor, which is often shown through these items along with character interactions. This includes items known as the Cow Plants, which can either extend the life of a player’s Sim or end it by eating them whole.

Longtime fans of The Sims series submitted what they think is “the most chaotic item” in the entire series to the official Sims Twitter account. Fans have posted items from the dancing cages, the Genie’s Lamp, the Vibromantic Heart Bed, the Skeleton Maid Bonehilda, the meat wall from Sims 4: Eco Lifestyle expansion pack, to the pond from The Sims 4 that is infamously easy to have Sims drown in. Then, of course, there’s the infamous Farstar e3 telescope from The Sims 2 which had a small percentage chance of the player’s stargazing Sim being abducted and impregnated by aliens. At the time of writing, there are over 350 comments on The Sims original post, with more and more fans eager to share the bizarre items that have stuck out in their memories.

Important research question: what’s the most chaotic item in The Sims? 😈

With The Sims’ wide variety of expansion packs, themed from jungle safaris to fantasy adventures, players can have access to items straight from the most bizarre sci-fi and fantasy genres. If it’s not how the item looks that’s chaotic, then it’s how the item functions. As fans have seen with the Farstar telescope, even the seemingly plain and innocent items in The Sims can have wild capabilities.

The Sims creators have been well involved in their community of fans, from sharing fan-made content to interacting with them with questions such as this. The fact that fans have stayed engaged with their content over the course of two decades is an impressive feat.  There’s no doubt that the “chaotic” items like the Super Schlooper Bubble Blower are part of what keeps the series alive and embedded in people’s minds.

Devin Connelly is a gaming news writer for Screen Rant. She is also a concept artist, creative director, and lead writer for her own game “Romance is Dead”.

Based in Los Angeles with her cat Briley, she has been writing, drawing, and playing video games for as long as she can remember. She also loves to cook and talk about history.