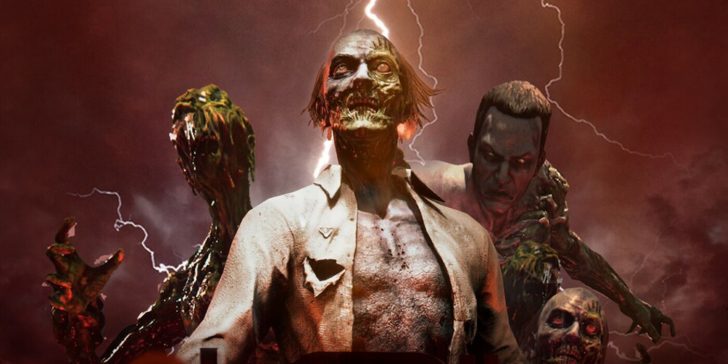 I’ve spent a big part of my life trying to replicate the feeling of playing House of the Dead in arcades.

The simplicity of an on-rail shooter where you only needed to aim and press a trigger hundreds of times as blood spattered the screen felt like magic. I would always run across neon corridors of Time Crisis and Bubble Bobble machines in search for that one screen infested by zombies, securing my place as I waited for my parents to add credits. It’s impossible to recreate the rush of both my dad and I losing during the last stage, only to see my mom running to recharge the arcade card and making it just in time before the “Continue?” countdown finished. But I had hopes that the House of the Dead Remake would feel like returning home. As it stands, it only made me realize the Nintendo Switch — the only platform you can currently play the remake on — isn’t a fit for light gun games.

You can opt to play using the analogue sticks to aim in handheld mode, play with a pro controller, or just switch over to gyro with the joy-cons. For me, there was no room for debate. I sat down on the couch, grabbed a joy-con, and booted the game up. Even though the updated graphics are on par with current games, I spent some time enjoying the remastered music and the retro-looking interface. I was sold on the presentation, but it wasn’t until I faced the first group of zombies that I figured something was amiss.

In the default settings, aiming with a joy-con works well enough. I didn’t have much trouble shooting zombies down, but the cursor on the screen didn’t follow me around as I hoped it would. As such, I positioned my hand so I could shoot with A and re-center the aim with X every couple seconds. Without realizing it, I was re-centering my aim more often than reloading. It remained entertaining enough, but in retrospect, the nostalgia guided me through the corridors of the haunted mansion, and not the controls. Fighting bosses or shooting at small objects in the environment is bothersome and hard to ignore.

Sure, I can opt to play with analogue sticks or try the pro controller, but that’s not House of the Dead to me. Moreover, even if I spend an hour tweaking the aim sensibilities to my liking, I’d still have to adjust the camera several times. All of these details, even though they’re fairly small, made for a sour experience as a whole. But the game lost me completely when I had to opt for pressing A as opposed to the shoulder button, which doesn’t offer enough travel to spend 40 minutes shooting zombies.

There aren’t many light gun games on Switch, and I understand why. The sensors of the joy-cons aren’t terrible for Super Mario Odyssey or the occasional gimmicky section in other games, but I don’t see it working properly for on-rail shooters without an actual external sensor like the Wii or the camera for the PlayStation Move. The Switch is missing that bridge, and when the hardware isn’t satisfactory on its own, it’s hard to imagine an immediate solution.

After that first session of House of the Dead Remake, I spent the following days searching online for any light gun accessories for the Switch. To my surprise, a lot of people seemed to be in the same scenario as I, especially with such a big on-rails franchise available on the console. But the options vary from scarce to none. There is an accessory that seems like a hybrid between a rifle and a short shotgun that lets you place the left joy-con on the handle for movement while the right joy-con rests horizontal close to the reticle. It’s included in the dubious game called Chicken Range but some manufacturers have started selling a similar model for some time. It seems like a more basic take on the Wii Zapper, and ultimately, it’s just plastic that holds the controllers — you’re still using the joy-con buttons.

Not quite a boomstick.

The key difference of accessories such as the Zapper or the Nyko Perfect Shot is that they came with actual triggers. Even if internally it was just a fancier way of pressing the Wiimote button with a small bump for each press, you didn’t have to bother with the actual hardware, and instead focus on aiming and shooting. Alternatives like this just aren’t present for the Switch at the moment. Who knows — House of the Dead Remake may attract enough attention for manufacturers to give it a go, but the lack of actual sensor is going to complicate the experience either way.

Ever since House of the Dead vanished from local arcades, I’ve tried to revisit the series in different ways over time. I had the PC version of House of the Dead 2 installed for a while and it worked just fine with a mouse, even if it was much easier that way. When I first started dating back in 2010, my partner had just gotten a Wii. As soon as I saw the copy of House of the Dead 2 & 3 Return, I asked her if we could play it. To my luck, it was the only game that the console wouldn’t read, so I couldn’t try out the Wiimote. And just a couple days after I played the remake, I went to the movies in the mall where there used to be a cabinet of the second game. Every time I go there and hear the sounds of the arcade, which seem unrecognizable nowadays, it immediately takes me back in time.

It probably was naive to think a pair of joy-cons would replicate that feeling after so long, especially when my expectations are so high. The House of the Dead Remake doesn’t get anywhere close, and at least for now, it stands as a separate experience altogether. If the game is ported to other consoles (since the launch was marketed as an “early launch” for the Switch, this seems likely), the PlayStation Move may be the better option. But aside from VR, the current generation doesn’t seem to care for light gun games.

Years have passed and time has moved on from light gun games, but it got me thinking. To replicate that arcade feeling, perhaps it may be necessary to go backwards instead, retracing the steps of an era where gimmicks got far more chances to endure generations. Considering that I bought a Wii last week and I’m currently waiting for my copy of House of the Dead 2 & 3 Return and a Nyko Perfect Shot to arrive, I think I have at least one more shot at replicating that arcade feeling.