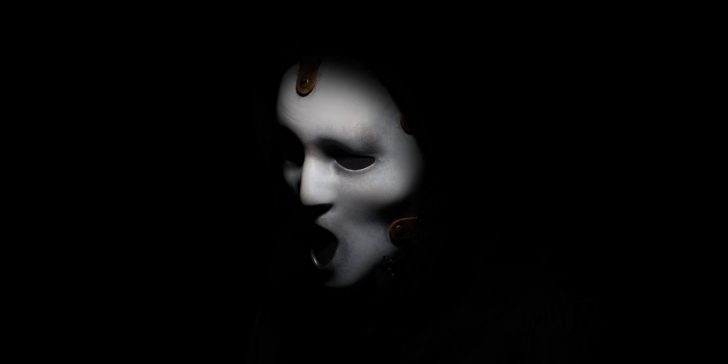 Michael Gans and Richard Register discuss their involvement in the Scream television series and explain the concepts for their unmade seasons.

The showrunners of Scream: The TV Show season 2, Michael Gans and Richard Register, reveals what seasons 3 and 4 would have looked like. The anthology slasher series based on the iconic horror films of the same name premiered on MTV in 2015, where it aired for two seasons before moving to VH1 four years later. The show’s premise revolved around a group of teenagers who found themselves stalked and targeted by a serial killer, donning a mask familiar to that of Ghostface, with the first two seasons focusing on the character of Emma Duval in the fictional town of Lakewood. Over the course of that run, Scream would star Willa Fitzgerald, Bex Taylor-Klaus, John Karna, Amadeus Serafini, Connor Weil, and Carlson Young.

Scream: The TV Show received mostly mixed reviews from fans and critics, with some faulting the series for its characters and reliance on the formula of its many predecessors. After its second season ended with a cliffhanger and a Halloween special established more potential to continue expanding upon Lakewood’s slasher mystery, MTV renewed the show. However, with this renewal came the announcement of their plan to reboot the project by introducing new faces and a different setting. The result, Scream: Resurrection, premiered in 2019 on VH1, a decision made in part because of the network’s older audiences. As part of MTV’s initial attempts at reinventing the franchise, Brett Matthews replaced Gans and Register as main showrunner. It was later revealed that Resurrection would be the series’ final season.

Related: Scream 6: Every Legacy Character & Survivor Who Could Return

Now, in speaking with Bloody Disgusting, Gans and Register explains what would have happened in their unmade third and fourth seasons of Scream: The TV Series. The two reflect on their time making the series and discuss their love for the films, before going into its reboot and eventual cancelation. They say that they had developed their own follow-up to the episodes they put out, but that MTV was not behind their direction. A potential season 3 would have forced the surviving members back together, and introduced some new characters, when a string of murders start up again, revealing more about their lives and how they have been affected. Everyone would start getting killed off, though by the time it reached the finale, Register says “the killer is killed, then we pull back [to reveal it’s a TV production]. Amadeus Serafini [the actor who plays Kieran] walks into his dressing room, and is killed again.” The fourth season would then follow that meta approach, where the actors themselves are being targeted.

Scream: The TV Series’ commitment to not utilizing Ghostface was one way in which the series did attempt to differentiate itself from the familiarity of the movies. While overall, fans might have felt indecisive about the show’s direction, many have since commented on their desire to have had a continuation of seasons 1 and 2, as opposed to the reboot. Register also revealed that a crossover concept was being considered, where there would be a link between the events of the show and those from the films. When asked about why these plans were not seen through by the network, Gans states that “the head of drama at MTV thought that the audience would feel that was a betrayal, because they had fallen in love with these characters.”

The success of the most recent film installment suggests that Scream is still capable of being fresh in the eyes of audiences. With Gans and Register’s ideas for the continuation of their series, it is interesting to think about why MTV felt that fans would not enjoy it, since so many had been asking for something different, and because they love the movies so much. Given that the latest Scream film managed to set up its future, perhaps fans will decide that they want a revival of Gans and Register’s material.

More: Everything We Know About Scream 6