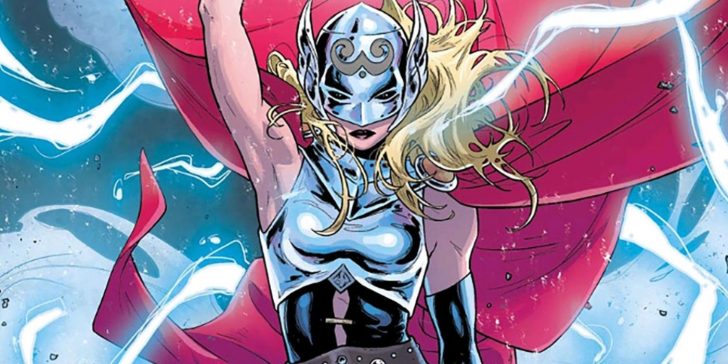 Twitter user and cosplayer FlorenciaSofen recreates Jane Foster’s Thor in an impressive cosplay that captures everything that makes her the best.

An artistic fan brings to life one of the more recent renditions of Thor in an impressive new cosplay. Jane Foster has come a long way from simply being the original Thor’s love interest to being worthy of wielding Mjolnir herself in Marvel Comics. A cosplayer has put together a costume worthy of Jane Foster’s Thor that pays close attention to detail down to the stud.

The character has a long history and complex relationship with Odinson. Starting out as a nurse to Donald Blake (Odinson, as he was known at the time), Jane accompanied him on many of his early adventures. After being diagnosed with breast cancer and Odinson lost his worthiness, Mjolnir called out to Jane, who answered its call. She lifted the hammer, and with a stunning transformation, Jane Foster became the new Thor. From this point on, Jane’s Thor starred in her own series, as well as playing significant parts in many of Marvel’s crossover events. During 2019’s War of the Realms event, Jane had one last hurrah as Thor, helping Odinson take down the dark elf Malekith. Afterwards, she took on the mantle of the Valkyrie.

Twitter user FlorenciaSofen shared a picture of her impressive Thor cosplay on the social media platform. The costume itself is rich in detail and some computer added effects add narrative elements to the display. Not only is the costume faithful to the comics with intricate carvings and battle-worn leather, but it also has a secret design detail with her second cape. She strikes a pose with a serious demeanor, suggesting that she is in the middle of a fight. Commenters share their multilingual admiration for the cosplay and love for the character, and the cosplayer herself takes part in the adulation.

• With that hammer in my hand, I was the Goddess of Thunder. So I guess now the question is… what am I without it? •

Jane Foster’s Thor not only serves as a symbol of power for women, but also represents a stand against cancer. These two elements help the character stand out and resonate with readers more. Unlike Odinson, a Norse god, Jane Foster is a human, and therefore faces many of the same prejudice and health issues that are faced in the real world. With this in mind, there is no doubt as to why the cosplayer chose to depict this character. She is a badass powerhouse that also reflects real world dilemmas.

FlorenciaSofen should be proud of this cosplay. She faithfully recreates Jane Foster’s Thor costume while also communicating that she is a force to be reckoned with. One can clearly see the enthusiasm that was put into this display, cementing Jane Foster as one of the greatest versions of Thor ever.

Doctor Strange 2: Every Character Who Could Be In The Illuminati

Todd Petrella is a recent college graduate with a degree in entrepreneurship and writing. He is currently a writer for Screen Rant and UP Cycle Design.

Based out of Delaware with his fiancée, Todd enjoys a nerdy lifestyle, happy that he is able to find work that suits his hobbies and interests.