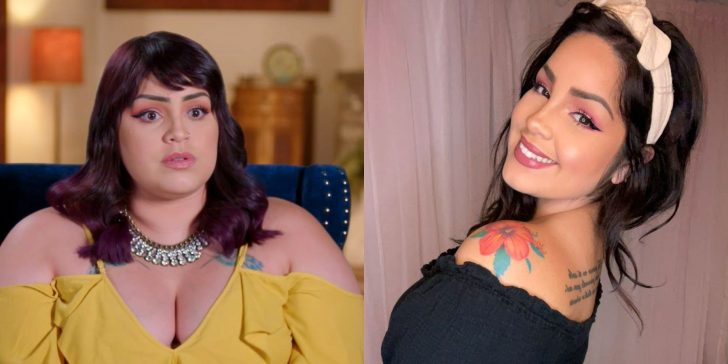 Tiffany Franco has dropped about 70 pounds since her surgery. She keeps updating 90 Day Fiancé fans about her weight loss journey on social media.

Former 90 Day Fiancé franchise star Tiffany Franco has lost over 70 pounds in the last 12 months, and her weight loss journey has been nothing short of praiseworthy. Fans may remember the 30-year-old from 90 Day Fiancé: The Other Way, where she pursued a relationship with Ronald Smith. Despite several problems between them, the couple tied the knot and welcomed a baby girl.

Tiffany gained a little baby weight during her pregnancy days, and she decided to lose that after her delivery. She started focusing on her weight loss and dropped close to 15 pounds in the next few months. Tiffany had expressed that she’s always had a larger frame. However, her second baby’s delivery became a catalyst in pushing her to begin her weight loss journey.

Her postpartum fitness journey started in 2020 when she posted Instagram stories showing off her transformation. While Tiffany went through several personal problems and relationship struggles over the next few months, she didn’t give up on her fitness goals. The 90 Day Fiancé franchise star kept pushing hard to achieve her goals.

Tiffany achieved one of her biggest weight-loss milestones in June 2021, when she dropped over 40 pounds. It all happened when she opted for gastric sleeve surgery just like her 90 Day Fiancé: Happily Ever After? co-star Angela Deem. Three months after the procedure, Tiffany shared a video on Instagram, showing how different she looked. She took her time to flaunt her new transformed body in three different outfits. When a curious fan asked the former reality star about her weight, she revealed that she had lost 43 pounds.

The 90 Day Fiancé alum Tiffany continued her fitness journey and even talked about her desire to get plastic surgery. In October 2021, a fan asked Tiffany if she planned to get a breast reduction procedure like her co-star Angela. The former reality star quickly confirmed that apart from getting a breast lift, she’ll need a full Tummy Tuck 360. A tummy tuck is a procedure where the surgeons remove the excessive fat and tighten the abdominal muscles. Tiffany also desired a Brachioplasty arm lift and thigh lift, confirming she is struggling with a little excess skin after her massive weight loss. Four months after the gastric sleeve surgery, Tiffany shared that she had dropped 50 pounds.

The latest update on Tiffany’s weight journey comes from late March 2022, when she confirmed a 70-pound weight loss. In the post, she wore a red and black outfit and looked different than before. Tiffany wrote, “70 down. It’s been a process, and I’m learning every day.” In April, the former reality star shared another dramatic weight loss makeover and proudly showed her transformed body. Tiffany has previously claimed she wants to lose a total of 100 pounds, and it seems she’s getting close to her goal every day. 90 Day Fiancé fans are happy for Tiffany and want her to feel satisfied and confident.

Next: 90 Day Fiancé: Stars Who Were Thin-Shamed After Losing Weight