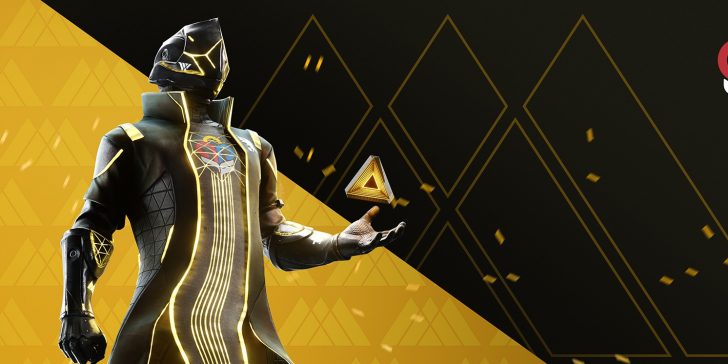 Destiny 2’s Guardian Games has arrived once more, so it’s time to prove which of the three classes is truly the best. While this event will once again revolve around players turning in medals they earn to improve their standing on the podium, Bungie has also added a few new features. Perhaps the biggest is the return of Strike Scoring, which was a popular mode in the original Destiny. There are also cosmetics for players to unlock, another chance to earn the Heir Apparent exotic, and a new submachine gun called The Title.

Perhaps the most confusing Guardian Games yet, players will need to earn both medallions and high scores in the new Strike Scoring playlist to earn rewards packages. While I covered Strike Scoring in a previous guide, players can also make progress towards Medallion Torch Rewards which are tied to the Medallion Battalion quest. Unfortunately, this entire quest is either poorly explained or bugged. Here’s what we know so far about the Medallion Torch Rewards:

How to Light Medallion Torches

To earn Medallion Torch Rewards you will need to first complete the Best in Class quest. This is an easy quest that just introduces you to the various activities and basics of Guardian Games. Upon finishing this quest, you will get the Medallion Battalion quest which asks you to turn in medallions at the podium to earn points. This will fill up the progress bar at the bottom of the quest.

The amount you earn entirely depends on the rarity of the medallion. For example, Bronze Medals only appear to give around 2-3% so you should focus on Gold which seems to be around 10%. The more medallions you earn and turn in, the faster you’ll fill up your progress bar in this quest. Upon filling out a progress bar, go back to The Tower and approach the torch platform behind the podium on the left (shown above). You will get a prompt to light the torch, obtain your armor glow, and progress the Medallion Battalion quest to the next step.

Acquiring your rewards package is where things get complicated.

Why Can’t I Claim my Medallion Rewards Package?

So if you’re like me and lit your torch, you will go back to Eva to claim the corresponding rewards package. The problem is, mine currently says “Torch Lighting Required” despite having already ignited the Bronze torch. When I inspect the other Medallion Reward Packages they tell me that I need to hit the Medallion threshold. This threshold is the progress bar tied to the Medallion Battalion quest.

To ensure it wasn’t just me, I checked with multiple players who have also lit their torches and are all reporting the same issue. This leaves me with two theories as to why you cannot claim the Medallion Reward Packages at the time of writing this. The first is this might be bugged, which is a possibility since the package in Eva’s inventory is telling me to complete a quest step I already did.

However, the second is the most likely. I believe the rewards you get when igniting the torch itself are the contents of the package. Whenever you light a torch I got a bunch of random gear, which could have very well been my rewards. It’s possible that the packages in Eva’s inventory aren’t claimable. Again, this is speculation because I haven’t been able to find a single person able to redeem the packages in Eva’s menu. Those people have gotten rewards when lighting the torches as well.

Honestly, this entire system is an absolute mess and there may be something I am missing here. For once I am not sure, which is why I have reached out to Bungie to hopefully confirm the details of this system. If you have managed to claim a rewards package from Eva in her inventory screen please comment down below! I will update this guide once I have more information.