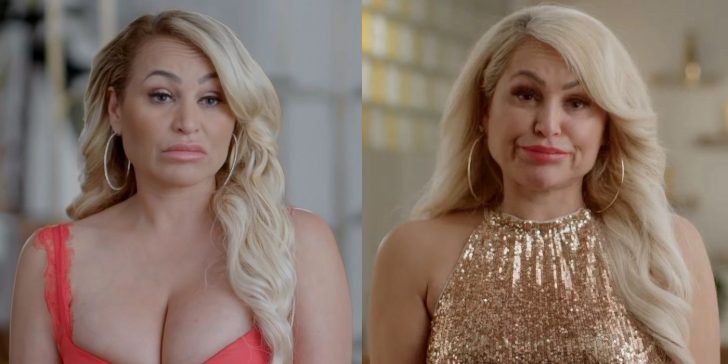 Darcey and Stacey are back home from Miami and excited about a twins destination wedding, but dad Mike is dead set against Darcey marrying Georgi.

In the season finale of Darcey & Stacey, the women’s dad Mike flat out says that he will not attend a wedding of his twins, especially one that includes Darcey and Georgi. The women’s father, who has supported his daughters even to the point of providing them a home, stepped in to help raise Darcey’s daughters, Aspen and Aniko, when she moved in with Georgi to determine whether their relationship had long-term potential. During the course of the series, Mike has offered lots of stability to the women, particularly during the pandemic.

The most recent episode had the sisters, their men and Darcey’s daughters in Miami, where the women debuted their new swimwear line at Miami Swim Week. Darcey’s girls and both the men walked in the fashion show and the whole family spent time together in a rental home in an effort to move all the relationships forward. The trip had several awkward moments including one where Darcey expressed her concerns to Georgi about all the money he was spending, particularly on the two boating excursions he’d booked. Georgi, who seemed unconcerned about his credit card debt, assured her that all the family bonding they had experienced had been worth it. The episode teased the couple’s reengagement and left viewers hanging.

In an exclusive preview of the season finale shared by People, the family is back home where dad Mike doesn’t take kindly to the suggestion of a twin destination wedding in Miami. “Darcey, why are you getting f—ing married? This is f-—ing bulls—,” he says, dripping with disgust. He flat out says that he will not attend the event. For her part, Darcey is “shocked” at her father’s reaction, which doesn’t stop there. “This is f—ed up. Every f—ing time you girls want to do something, you disrupt everyone’s lives just because you f—ng want to do it,” he says.

In his confessional, Mike admits that he doesn’t want Darcey to follow his path, one that has several failed marriages in its wake. The rest of the family, all in attendance for Mike’s tirade, can only sit in silence as he expresses his extreme disapproval of his daughters’ plans. Darcey makes a weak attempt to bolster her argument for marriage by confirming that she and Georgi have attended a single therapy session. Mike brushes off her comment with “one session does not a counseling make.” Mike concedes that Stacey is already married, so it doesn’t matter when it comes to what she wants to do, but it’s a different story for her twin. “You’re not even f—ing ready to be married, Darcey,” he says.

Darcey’s blind desperation to be married prevents her from seeing the deep flaws in all of her televised relationships. Georgi is just another fiancé that she’s trying to make into a husband in spite of all the red flags. Given her history of pushing for marriage with men who are not right for her, Darcey should consider pumping the brakes when it comes to walking down the aisle. Mike may be harsh, but Darcey should listen to her dad this time. This season’s finale of Darcey & Stacey should be a good one.

Next: Darcey & Stacey:  Darcey’s Most Humiliating Moments With Men Ranked