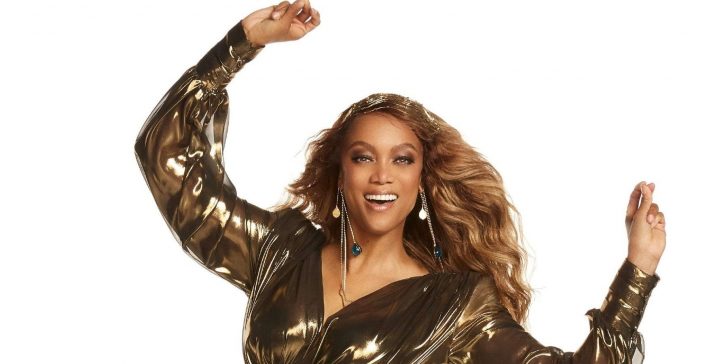 Following the announcement that Dancing With The Stars is moving to Disney+, it’s now being reported that Tyra Banks will not return as the host.

After two seasons on the show, Tyra Banks will reportedly not be returning to host Dancing With The Stars. It was announced on April 8 that after 16 years on ABC, the dance competition show will be moving to Disney+ for its 31st season, making it the first live show to stream on the service. It seemed clear that the show would be making some changes after producer Andrew Llinares left on March 17. The producer became known for clashing with original host Tom Bergeron and being the cause of his firing in 2019. The two had a disagreement over the casting of former White House Press Secretary Sean Spicer, with Tom saying he wanted the show to stay away from politicians no matter what political party they are affiliated with.

When Tom was let go from DWTS, he was replaced by the former Victoria’s Secret model. While Tyra had hosting experience from her time on America’s Next Top Model (which ran for 24 seasons), America’s Got Talent and her popular talk show The Tyra Banks Show, fans were not fond of her hosting skills on DWTS. Tyra received a lot of backlash, specifically during season 30. Each week, fans were outraged by her treatment of contestants, her “extra” costume choices and her behavior during eliminations. They accused her of being insensitive to contestants who were eliminated and not giving them their final moment to reflect on their experience. Tyra particularly upset fans during an episode when contestant Suni Lee was sick, and they felt she’d given the audience too many details of Suni’s illness, therefore embarrassing the gymnast on live television.

Related: Dancing With The Stars Moving To Disney+ Starting In Fall 2022

Fans may have something to celebrate now that Tyra is reportedly not returning for Dancing With The Stars season 31. According to the U.S. Sun, the host is being let go due to low ratings and backlash from fans, though nothing has been made official from Disney. An insider reported that the low ratings are not because of the show itself but because of how the recent seasons were presented. Apparently, production has been messy, and producers are struggling with the direction they should take the show. According to the source, DWTS season 30 was a critical success. Viewers loved the contestants and were pleased with Iman Shumpert as the winner; however, the fan reaction didn’t make up for the “historically low ratings.”

The insider admitted that Tyra is not the reason the show was dropped from ABC, but they simply don’t think she was the right fit for the job. “Dancing With The Stars has always operated like a family behind the scenes. And when new execs and producers came in a couple seasons ago, that family got broken,” the source shared. “It hasn’t been the same show, and everyone involved with it feels that to some degree. So it’s been an unhappy environment the past few seasons.” When it was announced that producer Andrew had left the show, the former DWTS host had a pretty shady response. Tom responded to the news in a tweet, writing, “Karma’s a b****.” Fans have since been hoping the producer’s exit might mean Tom could return as the host once again; however, no news of who is replacing Tyra has been announced.

This may be the best news fans have gotten in a long time. Tyra tried her best, but she simply could not win over the show’s viewers. Last season, fans on socials media were practically begging producers to get someone new, even launching a petition on change.org. While the new host has not been revealed, hopefully Dancing With The Stars will choose someone who can win over the love and affection of their devoted fan base.

Next: DWTS: Alexa & Carlos PenaVega Are Open To Having More Kids