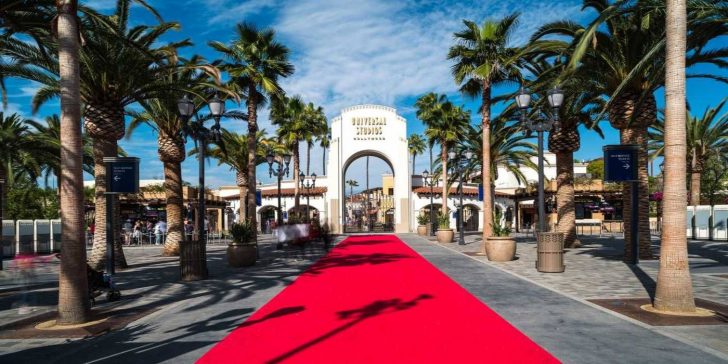 After a power outage hit Universal Studios Hollywood, guests were left stuck on Harry Potter and Transformers rides. Universal Studios Hollywood in Los Angeles, California is one of the best theme parks to go to for movie fans (except, perhaps, for Disney). The park offers rides and experiences which draw on some of movies’ most iconic moments, from Jurassic Park, to Men In Black, to E.T., and of course, the somewhat recently added Harry Potter World, which transports fans to the magical world of Hogwarts. Universal can be a truly magical place for all movie fans. That is, of course, as long as the power stays on.

If there’s one thing that California is known for that doesn’t involve the magic of Hollywood, its the heat — heat like the state saw this week, which brought the temperature impressively high. Temperatures at Universal peaked at 96 degrees, however, in other areas such as Long Beach, temperatures got as high as a whopping 100 degrees. Naturally, these temperatures mean that everyone, everywhere had their air conditioners on, which isn’t a surprise at all. Unfortunately, this did lead to a surprise for a few others who had decided to spend a day at Universal Studios.

It has been reported by Deadline that Universal lost power yesterday, supposedly due to the power grid overloading. Eleven visitors to the park found themselves trapped on the Transformers ride, leading to the Los Angeles County Fire Department having to rescue them. In the end, it took nearly two hours and 15 minutes for the guests to be removed from the ride, though no injuries were reported. It has also been reported that a Harry Potter ride was affected, though it is not known which one or how many guests were impacted.

While this was surely a less-than-desirable experience for the Universal guests who found themselves stuck on the rides, thankfully, everyone seems to have made it out alright. While amusement park rides do, in fact, break down with people on them every once in a while, it’s not something that anybody normally thinks will actually happen to them. It is possible that these guests experienced some of the real thrill that the characters in Transformers would have felt in the middle of the classic Michael Bay action scenes.

Thankfully, all is well that ends well, though it is likely that Universal will be taking more precautions for any potential power outages in the future. Since the incident, no more details have been revealed about anything else in the park that was affected, but more news may arise as the park gets itself back up and running again. Until then, perhaps it would be best for movie fans to settle for watching the films the rides are based on, instead of heading to Universal Studios Hollywood, at least until the heat wave is over.

More: Harry Potter’s Best Future Is An Original Order Of The Phoenix Show