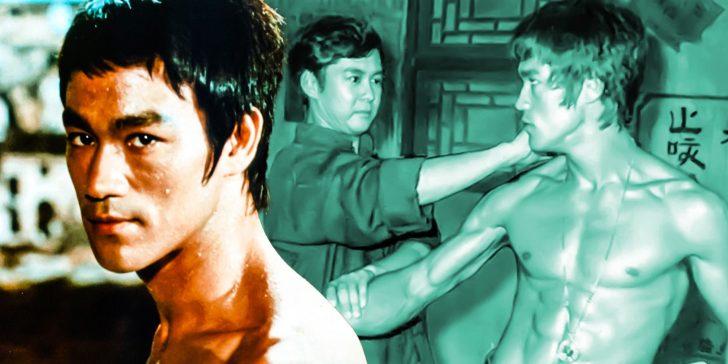 Bruce Lee was tricked into appearing in 1973’s Fist of Unicorn. Here’s the story behind his secret cameo and the lawsuit that followed.

A secret Bruce Lee cameo filmed without his permission in Fist of Unicorn resulted in a lawsuit from the actor. Released in 1973, Fist of Unicorn was a Hong Kong kung fu movie that starred Unicorn Chan. Despite not playing an actual role in the film, Lee was featured heavily in the marketing of the film.

Also known as Bruce Lee and I, Fist of Unicorn happened at a time when Lee’s career had really taken off. After struggling for years to establish himself as a star, Lee finally got his big break when he starred in Golden Harvest’s The Big Boss in 1971. The Big Boss’ success in Hong Kong was followed by more hits, such as Fist of Fury and The Way of the Dragon. In both of these films, Lee gave bit roles to Unicorn Chan, one of his closest friends and someone he had known since childhood. But whereas Lee had become a huge sensation in Hong Kong at this point, Chan had yet to make a name for himself. However, a chance came for him to headline his own movie, Fist of Unicorn, when he entered into negotiations with Starsea Motion Pictures.

Related: How Bruce Lee’s Game Of Death Happened Because Of A Cancelled Period Movie

According to Bruce Lee: A Life by Matthew Polly, the studio was only willing to let Chan play the lead role if he could get The Way of the Dragon star involved with the film. As a favor to Chan, Lee agreed to handle the martial arts choreography but declined an opportunity to make an onscreen appearance. Lee became outraged later when he discovered that the camera crew secretly filmed him while choreographing a scene. This footage was snuck into the movie as a Bruce Lee cameo. In addition to the cameo, Lee was also credited as the director and included in promotional material for the movie. In retaliation, the actor sued the filmmakers, feeling that he had been taken advantage of in order to market their movie.

Most likely as a result of the lawsuit, the footage shot of Bruce Lee is no longer in the movie, which could be why the matter never went to trial. However, Fist of Unicorn did include a prologue where one of Lee’s doubles can be seen from the back, thus allowing the movie to frame it as a Bruce Lee cameo. Also, his name remains tied to the movie even today. Posters and DVD covers include images of the actor and his name, even though his actual involvement in Fist of Unicorn never went beyond the fight choreography.

Polly wrote in his book that it remains unclear if Chan had direct knowledge of the trick used to get the martial arts legend into the film. But either way, what happened with Fist of Unicorn foreshadowed the rise of Bruceploitation films, which were common throughout the 1970s. Bruceploitation was a phase that kicked off as a response to the actor’s death in July 1973. Since Hong Kong studios couldn’t cast the real Lee anymore, they began casting look-alikes and using the actor’s image to market their movies. The direction taken with Fist of Unicorn shows that Bruceploitation was already beginning even before Bruce Lee’s death.