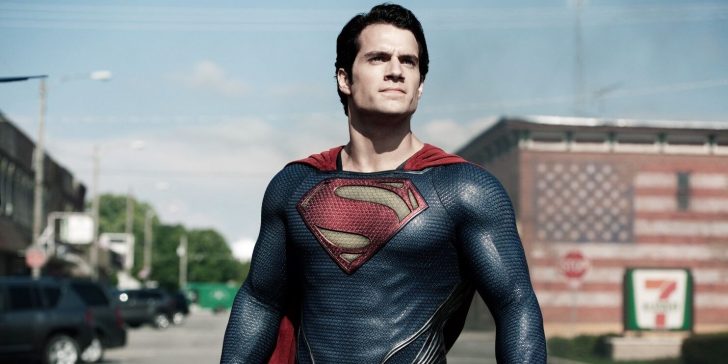 Superman’s DCEU future could be revitalized following Warner Bros.’ merger, as Discovery views him as a top-shelf character they need to use.

Following the Warner Bros. merger with Discovery, the new studio heads reportedly want to revitalize Superman’s DC Extended Universe future. It’s been nearly a decade since Zack Snyder launched the DCEU with Man of Steel, starring Henry Cavill as Kal-El/Clark Kent. The movie went down as a box office hit but divisive solo Superman film, but audiences only had to wait a few years to see him again in Batman v Superman: Dawn of Justice. The movie shockingly ended with Superman’s death, although he was resurrected a year later in Justice League. Through it all, there has been a great deal of interest from audiences to see more Superman on the big screen in some form.

Warner Bros.’ plans for the DCEU have been constantly evolving, but Superman’s future has been in a constant state of uncertainty. The studio never made any real progress on Man of Steel 2 despite Cavill’s clear interest and directors, like Christopher McQuarrie, wanting to make the movie. It also became known that Henry Cavill and WB were entangled in a stand-off about his Superman contract. This is believed to be a factor in Cavill not having a proper cameo in Shazam!, and there has been no movement on cameos or another solo movie in recent years. Instead, WB has seemingly positioned The Flash to replace him by introducing Sasha Calle’s Supergirl, while other Superman projects, like a Val-Zod HBO series from Michael B. Jordan and a Black Superman movie produced by J.J. Abrams, gained traction.

Related: Superman Is The Reason The DCEU Can’t Beat Marvel

Now, it appears that Superman’s time in the shadow could be coming to an end. Warner Bros. and Discovery recently closed on a $43 billion merger, which combined the two companies under one roof, Warner Bros. Discovery. This led to a restricting of WB’s movie divisions and reports that Discovery wants to overhaul DC’s movie and TV future. As part of this report from Variety, the outlet shared that one of the new priorities is utilizing more recognizable characters who have been forgotten. The report notes Discovery’s interest in potentially revitalizing Superman as insiders say the company believes “top-shelf characters such as Superman have been left to languish.” There are no details on what this means exactly, but it is clear WB’s new owners want one of DC’s biggest characters back on the big screen.

Warner Bros. Discovery’s interest in utilizing Superman makes a great deal of sense. The Kryptonian hero is not only one of DC’s most popular characters throughout history, but he’s one of the most recognizable characters in pop culture. Christopher Reeve previously played Superman in four solo movies during the 1970s and 1980s, while Brandon Routh got a chance to reboot/continue the legacy with Superman Returns. While Cavill has made three appearances as Superman in the DCEU, it has been nearly a decade since he was the focal point of his own movie.

WB’s prior plans for additional Superman shows and movies could still happen, but it now seems as though the Clark Kent version of Superman could get another shot, thanks to Discovery. It is unclear whether that means Cavill will return, Superman will be recast for the DCEU, or if the Man of Steel will be rebooted in his own universe similar to what Matt Reeves did with The Batman. Different fans will have their preference for what Superman’s DCEU future should look like. While everyone won’t agree on what direction Discovery should take, Superman fans should be thrilled to know WB’s new owners view him as a priority.

More: DCEU Superman Deserves A Reboot Movie (With Or Without Henry Cavill)