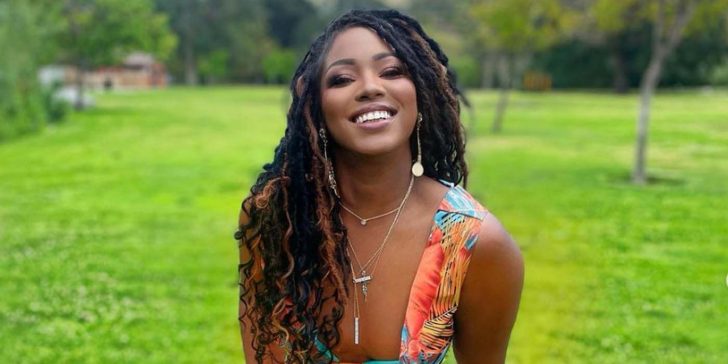 Faith Stowers is leaving Vanderpump Rules and The Challenge behind to executive produce reality shows that uplift and empower black entrepreneurs.

Faith left Vanderpump Rules after Stassi Schroeder and Kristen Doute misidentified her as a woman accused of theft which in no way resembled Faith beyond being a black woman. Stassi and Kristen went so far as to call the police and accuse Faith of the crime, completely ignorant to the potential consequences for Faith amid an ongoing police brutality crisis against black communities. After the fallout, Faith moved to MTV on Ex on the Beach, Final Reckoning, and War of the Worlds 2.

According to Forbes, Faith shared that “being on Vanderpump Rules taught” her “the dark side of reality television.” While joining a reality show cast on Bravo and MTV gave her her platform, she knows she will have a firmer hand in shifting cultural norms from an executive role. Faith is focusing on building black-owned businesses and uniting people from diverse backgrounds. She is getting started with a show centered around the CEO and founder of the fashion brand YEKIM, Martez Malone. Faith wrote on Instagram, “I don’t want a piece of the [pie emoji], I want the recipe.”

Martez is a fashion designer from Chicago now promoting his streetwear brand from a storefront on the iconic Melrose Avenue in Los Angeles. Faith will produce a reality show around Martez’s rise to success and help cement his place in the industry. After Faith and Martez met several years ago, she saw an opportunity to bring a story about black entrepreneurship to Hollywood. Faith, the now-executive producer, told Forbes that Martez “took life into his own hands, and against all odds, he beat a system designed to oppress him.” Faith continued, “Martez rose above it all, as did I. As I step into my new role as creative director, I plan to help keep Martez at the top.” The show will feature folks from Faith’s former stomping grounds, Ex on the Beach and The Challenge, as well as WEtv’s Love & Hip Hop, with the support of industry alums Maria Menounos and Keven Undergaro.

In addition to executive producing, Faith plans to work directly with New York Governor Andrew Cuomo on the ‘Say Their Name’ Reform Agenda Package’ which aims to address patterns of police brutality against minority communities. Faith was bullied and threatened as the only woman of color on Bravo’s Vanderpump Rules. Now she’s continuing her story on her own terms and taking all the attention on the controversy surrounding her and channeling it towards uplifting black creatives in the media industry.

Olivia Landon is a digital creative working in entertainment media and television production. A graduate of Occidental College’s Critical Theory and Social Justice and Media Arts & Culture programs, Olivia believes in entertainment as a springboard for curating intersectional cultures of care. Visit her website https://www.livlandon.media/