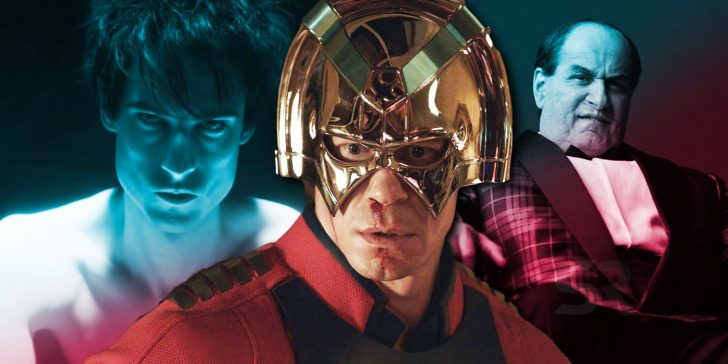 Now that season 1 of Peacemaker has ended, what’s the next DC TV show in line? Here are the upcoming TV shows from this universe.

The first season of Peacemaker has come to an end, but that doesn’t mean DC fans will be left without something to watch – and here’s what’s coming next from the DC Universe after Peacemaker. The superhero genre continues to dominate the entertainment industry thanks to universes like the Marvel Cinematic Universe and DC’s Extended Universe, and both are now expanding beyond the big screen with different TV shows. The DCEU just had its first TV show: Peacemaker, a spinoff of James Gunn’s standalone sequel The Suicide Squad.

Following the underperformance of Justice League, Warner Bros. made some changes to its approach to superhero movies, and one team that went through major changes and improvements was the Suicide Squad. Most of the original team returned and welcomed new team members in James Gunn’s The Suicide Squad, a standalone sequel to David Ayer’s Suicide Squad which saw two Task Force X teams: one didn’t make it past the first 10 minutes of the movie (except for Harley Quinn, Rick Flag, and Weasel), and the other became the main team of the movie. The new Suicide Squad, then, was formed by Harley Quinn (Margot Robie), Rick Flag (Joel Kinnaman), Bloodsport (Idris Elba), Peacemaker (John Cena), King Shark (voiced by Sylvester Stallone), Ratcatcher 2 (Daniela Melchior), and Polka-Dot Man (David Dastmalchian).

Unfortunately, Flag and Polka-Dot Man didn’t make it to the end of the movie, but the post-credits scene of The Suicide Squad revealed Peacemaker survived his apparent death. Peacemaker returned in the DCEU’s first spinoff TV series simply titled Peacemaker, in which he joined the A.R.G.U.S. black ops squad “Project Butterfly” on a mission to identify and eliminate parasitic butterfly creatures in human form. Peacemaker season 1 has now come to an end, and while fans wait for season 2 to arrive, here’s the next DC TV show in line to fill that void.

The Next DC TV Show Is The Sandman

DC’s next TV show after season 1 of Peacemaker is very different from the adventures of Christopher Smith: The Sandman, based on the comic book by Neil Gaiman. The Sandman follows Morpheus (Tom Sturridge), the king of dreams and one of the seven Endless who is captured in an occult ritual in 1916. After being held captive for over 100 years, Morpheus escapes and sets out to restore order to his kingdom of the Dreaming. Also starring are Gwendoline Christie as Lucifer, Vivienne Acheampong as Lucienne, and Boyd Holbrook as The Corinthian. The Sandman will be released on Netflix sometime in 2022.

There are also various DC TV shows returning in 2022 with new seasons, so DC fans will have a variety of content to choose from until Peacemaker returns. The DC TV shows most likely to return in 2022 with new seasons are Harley Quinn (season 3), Doom Patrol (season 4), Pennyworth (season 3), and the second part of Young Justice: Phantoms season 4 is also arriving at some point this year.

Every Other Upcoming DC TV Show

The DC universe will continue expanding on TV with more TV shows, both live-action and animated, focused on a variety of characters and of which only a couple are part of the DCEU. Here’s every other upcoming DC TV show after Peacemaker season 1:

Next: The DCEU Is Burning Its Snyderverse Bridges In Peacemaker