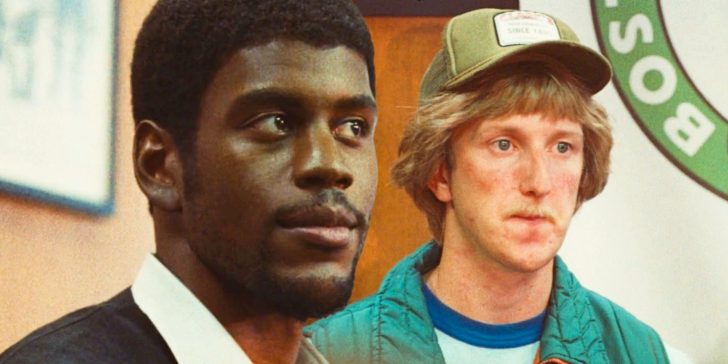 HBO’s Winning Time: The Rise of the Lakers Dynasty episode 7 finally pits Magic Johnson against Larry Bird, and here’s what it gets right and wrong about what really happened. The early parts of the 1979-1980 NBA season are the focus of season 1, as Winning Time chronicles the Los Angeles Lakers’ time after Jerry Buss (John C. Reilly) becomes the owner and drafts Earvin ‘Magic’ Johnson (Quincy Isaiah), propelling the team to the NBA Finals. Winning Time episode 6 saw the franchise undergo a major change with Paul Westhead (Jason Segel) taking over as the head coach just as the team started to perform well.

One of the budding storylines of season 1 comes to a head in Winning Time episode 7, as Magic Johnson and Larry Bird’s first NBA game against each other gets a lot of focus. The game comes at a critical junction of the season, as Lakers management begins to question if Westhead is the right coach in the interim and if it’s worth waiting around for Jack McKinney (Tracy Letts) to recover. However, the team begins to spiral without their head coach, resulting in additional stakes being put on the Lakers’ game against the Celtics.

As Jerry Buss and Jerry West (Jason Clarke) attempt to figure out what to do with the Los Angeles Lakers’ coaching gig, all eyes in December 1979 were on Magic Johnson and Larry Bird. The upcoming game between the Lakers and Celtics was the first time the two high-profile rookies went head-to-head since the NCAA Championship, where Magic’s Michigan State team beat Bird’s Indiana State. Winning Time episode 7 takes plenty of creative liberties when telling this story, though, as it changes several facts about what happened in real life.

Near the beginning of Winning Time episode 7, viewers are treated to a shot of an underhand free throw shooter. The unorthodox shooting style, oftentimes referred to as a granny shot, is utilized by Rick Barry. Rick Barry was one of the greatest NBA players during the 1970s, as he won a single championship with the Golden State Warriors. At the time of Rick Barry’s appearance in Winning Time episode 7, he was in his final season in the NBA playing for the Houston Rockets. Although his underhand free throw shooting style was uncommon, Rick Barry shot 89.3% from the charity stripe during his eight-year NBA career.

Another subplot in Winning Time episode 7 sees Jerry Buss and Jerry West consider replacement options for Paul Westhead. The show makes Elgin Baylor, a former Lakers legend and New Orleans Jazz head coach, the top choice. While it is true that Elgin Baylor was no longer coaching the Jazz at this point and could’ve been free to step in, there is no confirmation that management viewed him as an option to coach the Los Angeles Lakers. Considering his losing record as the Jazz’s head coach, one would think that the Lakers could entice a bigger name to lead Magic Johnson and Kareem Abdul-Jabbar.

A disturbingly true story is included in Winning Time episode 7, as it references a time when Boston Celtics fans pooped on Bill Russell’s bed and vandalized his house. This event is brought up as Lakers players discuss how terrible Boston fans are to Black athletes, even those who play for the Celtics. It was one of many race-driven attacks against Bill Russell after he arrived in the NBA. Although he didn’t let the vandalism and racist events stop him from becoming one of the NBA’s greatest players of all time, this is an unfortunate Winning Time true story that highlights the various racially-charged moments Bill Russell and other Black professional athletes dealt with during the 1960s.

The biggest Winning Time true story change in episode 7 comes with how Magic and Bird’s first NBA game happened. The series positions it as an away game for the Lakers in late December at the end of a three-game road trip. The Lakers beat the Celtics thanks to a game-winning layup by Michael Cooper, capping off a comeback for the Lakers after a near fight and assistant coach Pat Riley (Adrien Brody) getting ejected. However, most of these events are completely different compared to what happened in real life.

In reality, Magic Johnson and Larry Bird’s first NBA game took place in Los Angeles. It did happen in late December as the show depicts, but the change in setting was done for the benefit of Winning Time’s story. However, the Los Angeles Lakers blew out the Boston Celtics in real life the first time Magic and Bird went head-to-head in the NBA. The Lakers won 123 to 105 against the Celtics, where Magic outshined Bird with a stat line of 23 points, eight rebounds, six assists, and four steals.

What Really Happened In Magic’s First Game At Boston

The true story of Magic Johnson’s first game in Boston against the Celtics is mostly similar to what Winning Time episode 7 depicts. It was the final game in a long road trip for the Lakers, which included Magic’s return to Michigan to take on the Detroit Pistons. The Lakers did manage a narrow win, although the final score was 100 to 98, not 99 to 98 as the series shows. It also came down to the final seconds, but it was Norm Nixon – not Michael Cooper – who put the Lakers ahead with two clutch free throws. However, Magic Johnson didn’t play nearly as well in this game against Larry Bird, as he was hampered by an injury, keeping him to only 21 minutes played where he scored only one point.

Did Red Auerbach Really Give Jerry Buss A Vegetable?

As part of Magic and the Lakers’ first game in Boston Garden this season, Winning Time episode 7 appears to add some fictional moments to the Lakers/Celtics rivalry. This comes as Jerry Buss takes his seat and is met by an usher with a present from Red Auerbach. The present is a vegetable, a reference to Jack McKinney’s coma. Despite the intensity of this rivalry, there is no official record that Red Auerbach mocked McKinney’s health shortly after his near-fatal accident and took the Lakers/Celtics rivalry to this extreme.

Related: Why Winning Time Breaks The Fourth Wall So Much

Did Magic Johnson Sign An Endorsement Deal With Buick?

One other subplot in Winning Time episode 7 revolves around Magic Johnson’s continued business ventures, including pursuing a partnership with Buick. Magic’s father expresses concerns about the deal and Buick’s cars, but that doesn’t stop Magic from signing the deal. This did happen in real life, as Magic Johnson went on to star in various Buick car commercials, including one with jockey Willie Shoemaker.

New episodes of Winning Time: The Rise of the Lakers Dynasty release every Sunday on HBO/HBO Max at 9pm EST.