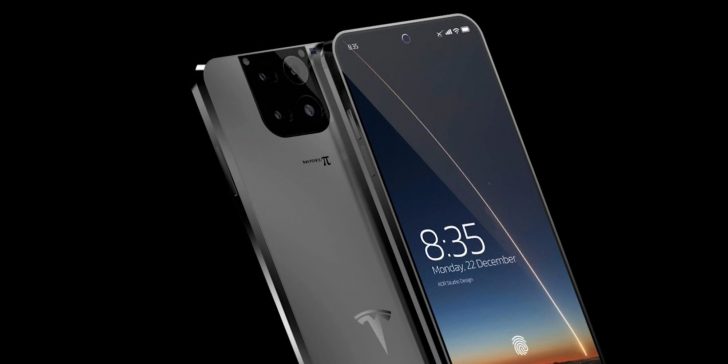 There’s plenty of online buzz about Tesla making a smartphone. But is any of that true? Here’s a closer look at the fabled ‘Tesla Phone.’

Tesla is well known for its electric cars and solar energy solutions — but when is the fabled Tesla Phone releasing? Smartphones aren’t anything new in 2022. From the iPhone, Galaxy S lineup, Google Pixels, etc., the smartphone market has had years to grow and mature. But that doesn’t mean folks aren’t still looking for something fresh and exciting.

For its part, Tesla has primarily focused on the automotive industry. The company sells four cars today, including the Model S, Model 3, Model X, and Model Y. It’s also working on the Cybertruck, Roadster, and Semi for future releases. Combined with Tesla’s Solar Roof and solar panels, it’s safe to say the company has its hands full with a pretty varied product portfolio.

Related: Half Of Teslas Produced In Q1 Had An LFP Battery — Here’s Why That Matters

But what does Tesla have to do with smartphones? Although the two may not seem remotely connected, there’s regular chatter online about Tesla eventually releasing its own ‘Tesla Phone.’ It all started in February 2021 when the YouTube channel ADR Studio uploaded a video titled ‘Tesla Model P [Concept.] The video shows ADR’s vision of what a Tesla phone could look like — including features like a Starlink internet connection, powerful cameras, and solar charging. It all looks and sounds very impressive, leading some people to wonder when the Tesla Phone’s release date is. Unfortunately, there isn’t one.

The Tesla Phone Is Just A Concept, Not A Real Product

At the time of publication, the Tesla Phone is nothing but a concept. ADR Studio and other creators have created mockups of what they envision a Tesla smartphone looking like. They’re cool ideas that are fun to look at, but that’s all they are — ideas. Tesla doesn’t currently sell a Tesla Phone and hasn’t announced any plans to ever do so.

Does that mean there will never be a Tesla Phone? While anything is technically possible (especially with Tesla), there’s no indication that Tesla will release a Tesla Phone any time soon. If anything, indications from the company suggest a phone is completely off the table. In September 2020, Musk replied to a rumor about a Tesla smartwatch, saying, “Definitely not. Smartwatches & phones are yesterday’s technology, Neuralinks are the future.” Unless Musk has had a drastic change of heart since then, holding your breath for a Tesla Phone probably isn’t a good idea.

Simply put, there is no Tesla Phone. It’s not available today, there’s no release date to look forward to, and it doesn’t seem like that’s changing in the near future. Would a Tesla smartphone be cool? Sure! But as it currently stands, hoping for one is just wishful thinking.

Next: Who Founded Tesla? It Wasn’t Elon Musk