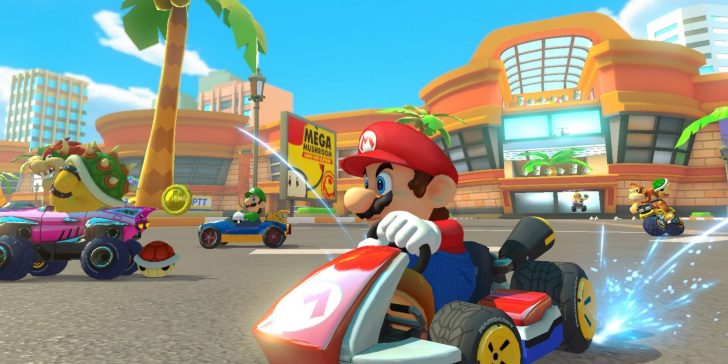 Mario Kart 8 Deluxe is continually getting new tracks through the end of 2023, and a new wave of the Booster Course Pass might come every four months.

Mario Kart 8 Deluxe is in the midst of receiving DLC, with its second wave of new tracks on the way at some undisclosed time. The first wave of new content dropped shortly after the announcement, but the Booster Course Pass is designed to support the game through the end of 2023. Only Nintendo knows for sure when the next set of courses is set to come out, but some estimation can narrow down when it might be expected.

The DLC announcement was quite the surprise, bringing new content to the game nearly eight years after it originally launched on the Wii U. The Booster Course Pass gives MK8 exclusively retro tracks, remastered from previous entries in the Mario Kart series, including the semi-recent mobile game, Tour. By the end of next year, the DLC will have added 48 new courses to the game, arranged into 12 separate cups. The first wave released on March 18, adding the first two cups with four tracks each.

This first content drop came just over a month after the DLC was announced, a schedule which isn’t much help in trying to predict when wave two will come. Assuming Nintendo continues to release the tracks eight at a time, and evenly spaces them between the first wave and the end of 2023, the second batch of tracks might be slated for release in middle or late July 2022. This is just an estimate, though, and the Mario Kart DLC launches are likely planned around Nintendo’s packed 2022 release schedule.

From March 2022 through December 2023 is roughly 21 months for Nintendo to release Mario Kart 8 Deluxe’s new tracks. Evenly spacing the remaining five waves of eight tracks each places their releases just over four months apart. This would put the releases of waves three, four, five, and six somewhere around November/December 2022, March/April 2023, July/August 2023, and November/December 2023 respectively. Rounding down to an even four months between each would put the releases in the earlier month, but Nintendo probably has tentative dates in mind that might not make them evenly spaced.

Unfortunately, Nintendo hasn’t been very specific with its plans for the DLC, other than claiming all 48 new tracks will be out before the end of next year. It could come down to December 2023 for the final batch, but the process could also be expedited and end much earlier. As for the second wave of Mario Kart 8’s lazy but genius DLC, sometime this summer is probably a safe bet for when to expect its release. This tiered launch implies the remastering might be a work in progress, and giving the developers until the end of 2023 seems like a decent deadline. If this is the case, the release schedule might be equally nebulous for Mario Kart 8 Deluxe’s DLC, but Nintendo still probably has an idea of when it wants each wave to release.

Next: Apparently Only Nintendo & RARE Can Make a Good Kart Racer

The Nintendo Wii’s Strangest, Most Valuable Games in 2022