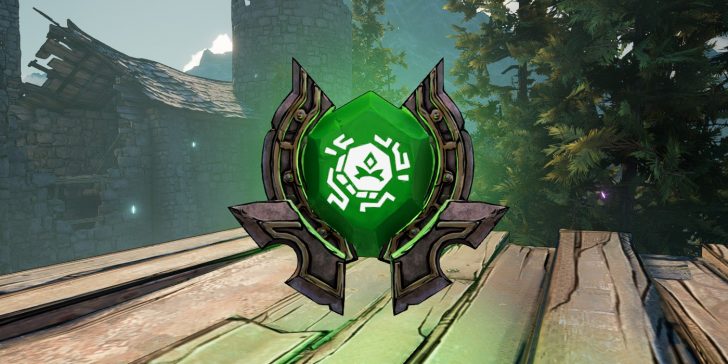 Remember Borderlands? The series is returning under a D&D-inspired spin-off called Tiny Tina’s Wonderlands, combining orcs and magical abilities with the usual weapon mayhem folks know and love. This guide explains where to find all Tiny Tina’s Wonderlands Shrine of Mool Ah pieces to complete the Knife to Meet You quest.

How to Start the Knife to Meet You Quest

This is super straightforward. After you’ve finished the introductory chapter and you’re out on the Overworld, just stick to the main road until you find an NPC at the side with an exclamation mark on their heads. This is the first side quest you find, which means it’s totally optional, but it can net you some cool rewards for little effort.

Talk to the NPC to accept the quest, which asks you to find two shrine pieces for the Shrine of Mool Ah. Once that’s settled, let’s get started.

If you’re wondering where to find the Shrine of Mool Ah pieces in Tiny Tina’s Wonderlands, you need to complete two specific encounters. They aren’t random encounters that occur in tall grass, but rather encounters on two locations.

The first is found west of the NPC’s location. You’re going to stumble upon the entrance to a mine — interact with it to head inside. As expected, you’ll have to fight a couple dozen enemies in there.

After you’re done with the encounter, loot the chest and exit through the portal. The first of the two shrine pieces is found on the other side of the mine — finishing the encounter automatically takes you there.

Grab the Tiny Tina’s Wonderlands Shrine of Mool Ah piece that is at the side of the tall grass and that should be it. Then, go ahead and kick down the Bottlecap Shortcut so you don’t have to go through the mine again.

The second of the shrine pieces is located east of the NPC location. You need to go around the corner and up the hill until you find a small castle. Interact with it to head inside.

This encounter had two fights for me, which means that after using the portal, there is yet another encounter to go through. Thankfully, that’s all you need to get the second of the Tiny Tina’s Wonderlands Shrine of Mool Ah pieces. After taking all of them down, go ahead and pick up the last of the shrine pieces.

All done? Then head back to the NPC to find… quite a sight. You’re going to receive around 800 gold for your endeavor, but before you leave, make sure to interact with the Shrine of Mool Ah to activate a permanent buff. Doing this increases your Gold Gain by 10 percent for the rest of the game.

Make sure to complete the quest as early as possible to make the most out of the buff. For any more guidance, make sure to check out our guides on how to play crossplay with friends and how to change your appearance and banner in Tiny Tina’s Wonderlands.