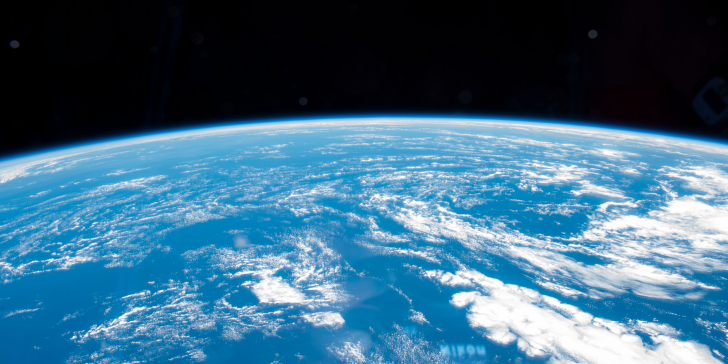 NASA is well-known for being the government agency that explores space. But did it ever explore the oceans, and why did it stop doing so?

Searching ‘NASA’ online returns an enormous number of results, including a bunch of people asking why NASA stopped exploring the ocean. It’s an interesting question for sure, but not for the reason you may think. It’s no secret that Earth is a fascinating planet with an extremely rich history. It’s the only known planet in the universe with life, it once had massive dinosaurs roaming its surface millions of years ago, and the land placement has changed dramatically over the years thanks to continental drift.

More so than almost any part of the planet, Earth’s oceans remain utterly tantalizing. This is largely because the vast majority of oceans remain unexplored. Thanks to a combination of impossibly deep waters, immense pressure, and a lack of sunlight, over 80 percent of the total oceans on Earth are a total mystery. As you might expect, this eeriness around the ocean leads some people’s imaginations to run wild.

Related: Who Owns NASA? A Brief History Of The Space Agency

An example of this is the very question of ‘Why did NASA stop exploring the ocean.’ Some people believe that NASA was created to explore Earth’s oceans, but soon after it began doing so, it shifted its focus to outer space. As eye-catching of a story as that is, there’s also no truth to it. NASA was founded in 1958 in direct response to the Soviet Union launching its Sputnik I satellite. Since 1958 and here in 2022, the sole purpose of NASA has always been to explore outer space. While the organization does help create weather satellites for the National Oceanic and Atmospheric Administration (NOAA), NASA has never been used to investigate or explore the oceans.

As is often the case these days, the question ‘Why did NASA stop exploring the ocean’ started appearing because of a viral TikTok video. In March 2021, the TikTok account ‘memes_to_click’ uploaded a video claiming “NASA’s original mission was searching the oceans.” The video almost immediately jumps into conspiracy theory territory, saying, “They [NASA] will not tell us what they found, but their plans abruptly switched to getting us off this planet ASAP.”

And that’s not the only video talking about NASA’s ocean exploration. A TikTok from February 2022 claimed that “You aren’t alone on Earth. The danger lies beneath your feet. NASA knows it.” Another TikTok video from July 2021 says that NASA investigated a series of missing boats in the 1980s, discovered a ‘massive unknown species,’ and stopped exploring the oceans after that.

NASA Was Not Founded To Explore Earth’s Oceans

These are admittedly good stories. The U.S. government created an organization to explore the depths of the ocean, but shortly after that exploration began, NASA found something so horrific that they started researching outer space to try and get humans off of Earth. However, that’s all it is — a story. And it’s a fake story at that. NASA’s history has been well-documented through the years, and at no point is it stated that the organization was founded to explore oceans. Visiting NASA’s website today says as much. In NASA’s own words, “NASA is a U.S. government agency that is responsible for science and technology related to air and space. The Space Age started in 1957 with the launch of the Soviet satellite Sputnik.” No oceans to speak of.

If NASA never explored the oceans, why are there so many people claiming the opposite? As with everything online, it all boils down to attention. A spooky conspiracy about NASA abruptly stopping ocean exploration is an easy way to get views on TikTok, Twitter, or any other social platform. As long as people keep clicking on and watching these kinds of videos, they’ll just keep coming.

NASA is an impressive organization for a multitude of reasons. It put the first human on the Moon, landed the first rover on Mars, and played a huge role in achievements like Hubble and the International Space Station. However, ocean exploration isn’t part of its history. That’s contrary to what some people believe, but it’s the truth. If anything, let this be a lesson to not get history lessons from TikTok.

Next: Here’s How NASA Will Dispose Of The ISS