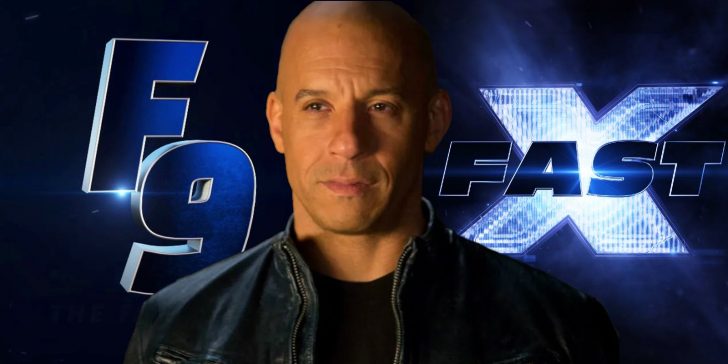 The Fast & Furious franchise has never been boring, and the same goes for their unpredictable naming format for sequel titles in The Fast Saga.

The Fast & Furious franchise has never been a series that takes itself too seriously, but the inconsistency surrounding The Fast Saga’s installment titles is worth examining. The milestone tenth entry, titled Fast X, is scheduled to release in May 2023, which will be followed by an eleventh and final movie in 2024. Though Universal Pictures has plans to end the primary series, the franchise will continue through a Hobbs & Shaw sequel in addition to various planned spinoffs. Ahead of Fast X, the franchise remains the top moneymaker for Universal, bringing in over $6.6 billion worldwide to date.

The Fast Saga kicked off in 2001 with The Fast and the Furious, a debut led by Vin Diesel and Paul Walker as criminal Dominic Toretto and undercover cop Brian O’Conner. The sequel, 2 Fast 2 Furious, which premiered two years later, shifted focus to Brian before the third entry, 2006’s The Fast and the Furious: Tokyo Drift, took the story to an entirely different continent. With timeline shifts and character merges, the franchise dropped the “the” for Fast & Furious in 2009 before electing for a new title format through Fast Five. The fifth installment served as the franchise’s true transformation as a full-blown action series, and that tactic was continued in the repetitiously titled Fast & Furious 6. The franchise dropped “Fast” for Furious 7 and then went with a pun for The Fate of the Furious in 2017. The ninth movie then headed down an entirely different path, using F9 before once again dropping “Furious” and using a Roman numeral, Fast X.

Related: The Fast and the Furious Franchise Has Way Better Titles in Japan

Looking at The Fast Saga’s titles as a whole, it’s clear that there’s zero consistency in the naming format. There’s also a lack of a pattern in which key terms are missing and when numbers are used, showing that there isn’t any kind of rhyme or reason. While some likely hope there’s a legitimate explanation for the franchise’s illogical titles, no answers have ever been given. It seems to come down to The Fast Saga’s unwavering commitment to being as unpredictable as possible leading into each upcoming sequel. The Fast Saga name wasn’t even unveiled until marketing for F9 ramped up. It’s also likely that franchise lead Vin Diesel has something to do with the sequel naming method.

Aside from 2 Fast 2 Furious, Vin Diesel has appeared in every entry in The Fast Saga, playing the central character of Dom Toretto. Since 2009’s Fast & Furious, the actor has also served as a producer for the sequels, playing a key role in the franchise’s continued success. As the face of the franchise for over two decades, it has been made clear that Diesel has a voice in the series’ direction, including important decision-making, so it wouldn’t be difficult to believe that he has a say in title creation. Seeing as Diesel makes the big announcements surrounding the Fast & Furious franchise, the unpredictability of titles has made the names of upcoming sequels newsworthy in their own right.

It’s safe to say that The Fast Saga isn’t boring, so Universal surely wouldn’t want to take the lazy approach of slapping ascending numbers next to “Fast & Furious” in the hopes of garnering anticipation. Instead, the studio and Diesel embrace the silliness by going with the inconsistent format, including puns. Despite missing out on the Fasten Your Seatbelts opportunity for the upcoming movie, the Fast & Furious franchise should be commended for keeping its sequel titles a talking point over 20 years after the series launched.

More: Ambulance Is Where Fast & Furious Was Heading Before Dwayne Johnson