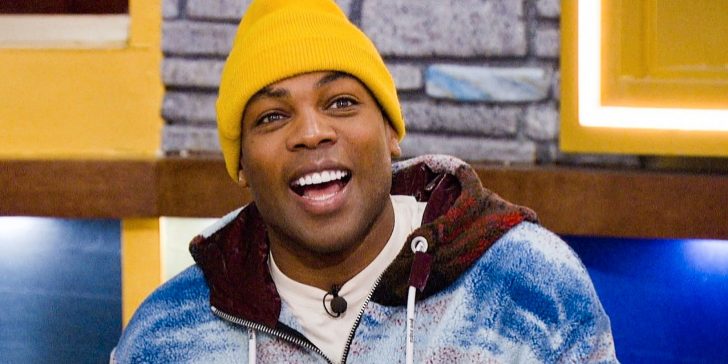 Celebrity Big Brother houseguest Todrick Hall has been playing hard in the house, but some of his comments aren’t sitting well with fans.

There are several Celebrity Big Brother 3 competitors in the running for America’s Favorite Houseguest, but Todrick Hall is not one of them. Todrick is a multi-hyphenate entertainer—a singer, dancer, choreographer, and YouTuber. He was introduced to audiences as a contestant on American Idol in 2009 and has gone on to have a successful career. In addition to his YouTube fame and appearances on RuPaul’s Drag Race, Todrick is known for his contributions to Taylor Swift music videos “Look What You Made Me Do” and “You Need To Calm Down,” as well as for notable controversies involving his business practices and social media statements.

Todrick isn’t a stranger to the Big Brother world. He made his fandom of the show known after Big Brother 23 when he hosted several members of the cast at his Hollywood mansion for weeks after the season ended. Some fans and alumni even jokingly referred to Todrick’s 10,000-square foot home as the “Big Brother halfway house.” During this time, Todrick formed friendships with notable contestants like Tiffany Mitchell, Hannah Chaddha, and Kyland Young and even hosted Big Brother podcaster Taran Armstrong at one point. When Celebrity Big Brother 3 was announced in the fall of 2021, Todrick was already regarded as a lock to appear thanks to his connections to BB23.

Unfortunately for Todrick, any goodwill fans had toward him coming into the season has almost completely evaporated. Though he played a fairly dominant game in the first portion of the game by forming a bond with UFC fighter Miesha Tate, he soon began to rub viewers the wrong way. Todrick’s palpable hatred for NSYNC member Chris Kirkpatrick has drawn a large outcry from live feed viewers, who have characterized some of Todrick’s statements to and about Chris as egocentric, mean-spirited, and delusional. Todrick took personal offense to Chris’ strategic play, which mostly amounted to Chris pointing out to other houseguests that Todrick was a strategic threat, and began a campaign of hatred toward Chris. “I literally want to find my social media person and tell him to block his ass on Instagram before I get out of this house,” Todrick remarked about Chris.

I don’t like to be too critical of people but Todrick is literally awful. #CBBUS3

Part of Todrick’s campaign against Chris involved him defending his spending choices and plans to spend his presumptive CBB prize money. “(Chris) is talking about how everyone in the house is talking about how I almost bought the wicked witch’s hat for $250,000,” Todrick began, referencing his desire to purchase a piece of memorabilia from The Wizard of Oz. “I’ve worked really, really hard to make the millions of dollars I have made. I’m not going to feel bad that I buy nice things.” Some fans have perceived Todrick as flaunting his wealth due to the witch hat discussion as well as for making comments some have viewed as bragging about the size of his house and the amount of money he’s made. “Everyone else has made millions of dollars by working far less than I have had to work,” Todrick declared on the feeds.

It doesn’t help Todrick’s case with the fans that he’s positioned on the opposite side of the house than the current fan-favorites. Carson Kressley, Shanna Moakler, and Lamar Odom have each discussed targeting him for eviction. Todrick has an uphill battle ahead of him to win the game, especially since the jurors, including Chris Kirkpatrick, have access to the Celebrity Big Brother episodes and live feeds before casting their votes to decide a winner.

Next: Survivor: Why Amber Mariano Is An Underrated Winner

Lee Whitten is a freelance reality TV writer for Screen Rant. He is a pop culture fiend and considers himself an expert on all things Survivor, Big Brother, and The Amazing Race. Lee also holds a master’s degree in literature and works as a screenwriter when he’s not too busy rewatching old seasons of Survivor. You can follow him on Twitter @Lee_Whitten to read more of his thoughts on movies and TV.