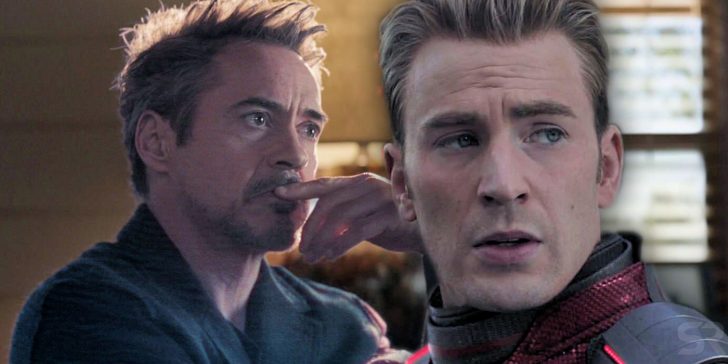 Co-director Joe Russo explains why they decided to end Iron Man’s MCU arc by killing him in Avengers: Endgame, but not Captain America.

Director Joe Russo explains why they chose Iron Man (Robert Downey Jr.) to die in Avengers: Endgame and not Captain America (Chris Evans). Joe and his brother, Anthony, entered the MCU back in Phase 2 with the political thriller, Captain America: The Winter Soldier. After the success of their second Marvel Studios collaboration, Captain America: Civil War, the pair was brought on to wrap up the Infinity Saga with Avengers: Infinity War and Avengers: Endgame, which was no walk in the park. Luckily, all their hard work paid off as both films became critical and commercial successes.

Aside from properly introducing Thanos (Josh Brolin) and then culminating Marvel Studios’ decade-long narrative, the Russos were also tasked with coming up with the best way to send off some of the MCU’s founding heroes. That included the Avengers’ co-leaders, Tony Stark and Steve Rogers. Now, the characters are both retired in the franchise, although their respective stories ended differently in Avengers: Endgame. Iron Man died by sacrificing his life to defeat the Mad Titan. Meanwhile, Captain America was given a second chance at life as he went back in time to reunite with Peggy Carter (Hayley Atwell) in the ’40s.

When asked how the Russos, alongside writers Christopher Markus and Stephen McFeely decided this, Joe said that it all goes back to what they think would be a more compelling narrative. Speaking with Deadline as he launches a new film festival called Sands International Film Festival of St. Andrews, the filmmaker explained why Tony dying was more impactful than the idea of Steve’s sacrifice. Read his full comment below:

If you think of Captain America as a character, you go ‘Okay, Captain America dying is fairly obvious,’ right? That is, you know, something he would do based on the character. You know, this is a guy who, you know, offered to be a guinea pig in a science experiment. He’s intrinsically a hero. Like there’s not a lot of complexity there. It might be emotionally impactful because you like him. You know he’s a very likable character, but that’s not necessarily the most compelling arc. Tony Stark is a character who was supposed to die. If you watch Iron Man, the first five minutes of that film, he should have died, but he didn’t, he got captured and he has an ego, right? And that first movie’s about the subjugation of his ego in order for him to be a hero. But that ego then fuels him, and at times it competes with this idea of him being a hero. That seems like a more interesting arc to us to take a character who had an ego because to die for others, you have to defeat the rights of that. It seemed like the more compelling arc to us that it would be Stark who died. So that it would be a richer more complex arc, and that’s why we chose him.

Over the years, the decisions Marvel Studios made in both Avengers: Infinity War and Avengers: Endgame have been scrutinized by fans. Not everyone is a fan of Iron Man’s death, even though it wraps up his arc beautifully given that he started as a self-centered industrialist who couldn’t be bothered by other people’s problems. Granted that his death was tragic, especially since he left his wife Pepper Potts (Gwyneth Paltrow) and their young daughter Morgan (Lexi Rabe), his sacrifice works in terms of his personal arc overall. As for Captain America’s final fate? Fans are still wondering about the specifics of his ending. Marvel Studios has danced around the queries for a while now, and it’s unclear if they will ever lay out what exactly happened to him at the end of the movie. For now, Sam Wilson (Anthony Mackie) wields the shield and is the franchise’s official Star-Spangled Avenger.

The MCU is moving away from the Infinity Saga as Marvel Studios continues building Phase 4 and beyond. At this point, the franchise is still far from another culminating project like Avengers: Endgame. In fact, it may never be something as bold and risky it was. But even as the franchise exponentially expands with new characters coming in, fans will always have a soft spot for the original six Avengers, particularly Iron Man and Captain America.

More: No Way Home: Garfield’s Funny Avengers Comment Is Secretly A Dig At The MCU