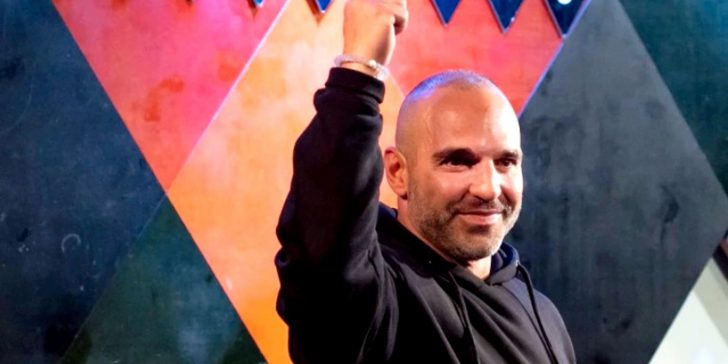 Joe Gorga of The Real Housewives of New Jersey is not at all pleased with his sister, Teresa Giudice, for leaving Melissa out of her wedding.

Joe Gorga from The Real Housewives of New Jersey has always been protective over his wife, Melissa Gorga, especially when it comes to Teresa Giudice disrespecting her. Joe, who says Teresa doesn’t stick up for him, has done his best to please both his wife and sister, but his efforts don’t always work. Now, after years of keeping quiet, Joe seems ready to speak out.

For multiple seasons, the proud Italian has loved to show off his macho man demeanor, even if it caused a commotion amongst the women. There was never any denying that Joe was a loving and faithful husband, all he asked in return was for a wife to stay at home to clean, cook, and raise the children. Luckily, Melissa has helped soften his old traditional ways of thinking as she shared she wanted to pursue her own dreams like singing and owning a clothing store. Joe, who is too involved in the drama, has started to grow into more of a renaissance man as viewers watched him shed tears and open up about his feelings.

Related: RHONJ: Why Gia Giudice Came Across As Spoiled On The Show

Joe recently took to his wife’s defense on the Side Piece podcast as he shared that Melissa was “upset” she wouldn’t be included in Teresa’s bridal party. Teresa snubbed her sister-in-law on national TV when she spoke about her plans to marry Luis Ruelas on Watch What Happens Live With Andy Cohen. Joe went as far as to scold his sister, saying she was “completely wrong” in how she handled the announcement. During the podcast, Joe revealed that he didn’t feel he did anything to provoke his sister’s wrath, hinting there was more to the family drama than not being able to wear an ugly dress.

Fans of RHONJ agree that the issue is due to a lack of respect, fearing the Gorga/Giudice clan may be going down the same road that led them to their falling out a few seasons back. For Joe, it once again comes down to courtesy, noting, “it’s respect and I don’t want any problems. I don’t want to fight. Let’s just keep the peace and keep it happy.” Sadly that probably won’t be the case for Melissa, who also shared her opinion, saying that she assumed Teresa would leave her out.

The two families have had their fair share of issues, starting with the two Joe’s not liking one another. Back in 2013, while shooting for the show, the two fathers went head to head while on The Real Housewives of New Jersey cast trip. The battle tore the family apart. Throughout the years’ Joe has tried his best to move on from the issues that stemmed from Teresa’s now ex-husband, Joe Giudice, but it seems that she is all too willing to reignite some family drama.

Next: RHONJ: Why Joe Gorga Is Glad Melissa Doesn’t Have A ‘Storyline’