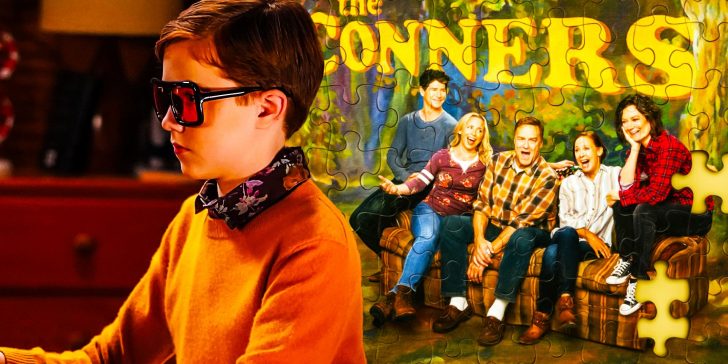 Why was Darlene’s son Mark absent from three out of the last four episodes of The Conners season 4, and what does it mean for his future on the show?

However, another, less obvious issue with this sprawling cast is The Conners leaving characters offscreen for weeks at a time. Sometimes, this approach is perfectly suited to actors’ schedules, as proven by Katey Sagal’s Louise being able to take a few episodes off while the real-life actor recovered from an accident. However, in cases like Mark’s multi-episode absence in The Conners season 4, it can be a problem.

Like his older sister Harris, Mark had a dramatic start to The Conners season 4. He was caught using ADHD prescription pills to improve his grades and maintain a high GPA, prompting his distraught mother, Darlene, to pull him out of public school. Unlike Harris and Darlene’s feud in The Conners season 4, this didn’t lead Mark to leave home. However, it did push him into a risky scheme involving ghost-writing other students’ personal statements for cash. Since the tenuous resolution of that plotline, though, Mark has barely been seen on The Conners. Odds are that actor Ames McNamara got a few weeks off due to the limited availability of child actors and the next episode’s presumable planned return to his storyline. However, this means he was absent throughout the stories of The Conners season 4 episodes 14, 16, and 17.

The Conners did explain this absence in episode 14 as Mark was on a school field trip. However, given the fact that the young character battled a prescription pill problem, got moved into a new school, and soon got caught faking college entrance essays for other students, he has been conspicuously quiet for the last few weeks. Darlene and Becky’s new house has been the focus of the recent episodes, but these storylines found room for Harris to return home and commiserate with her mother’s financial position, so it seems reasonable to expect that Mark, who actually lives with Darlene, might do the same.

Furthermore, Mark’s precocious smarts and savvy business sense — the same things that saw him excel in school and temporarily pull off his essay scheme — would likely come in handy when Darlene is attempting to balance her books. Darlene’s struggle to make the new house work is a believable issue of the working-class character and her attempts to get out from under her father’s roof are admirable (although Louise and Dan moving out would solve both of these issues). However, her failure to consult Mark on these financial woes seems foolish, given his intelligence and smart financial planning, which makes Mark’s season 4 absence on The Conners all the more unfortunate, if understandable.

What Michael Is Up To After 90 Day Fiancé: Before The 90 Days Season 2