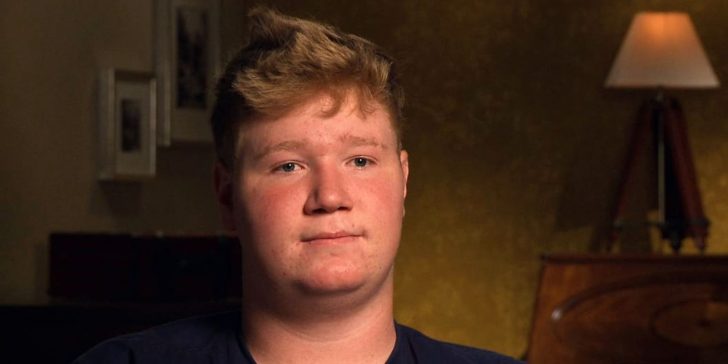 Paedon Brown has spoken out against many of his family members and has divided Sister Wives fans. Here are reasons why he is the villain of the show.

Paedon Brown has become controversial and many fans feel that he is the new Sister Wives villain, alongside Kody and Robyn Brown. Though he often calls Robyn Brown out and says what fans are thinking, some of his recent actions have led him to be called the bad guy. Check out all of the reasons why Paedon is the villain of Sister Wives.

Paedon is Christine and Kody Brown’s only son. He has gone through many changes over 16 seasons of Sister Wives and, after being raised in the spotlight, he chose to join training for the National Guard. He has still managed to get into drama on Sister Wives, first as he weighed in on Christine and Kody’s shocking divorce. Paedon later was caught up in the drama after it was revealed Christine was advising him not to move to Flagstaff and become more independent, which fans took as Christine kicking him out.

Sister Wives fans started turning on Paedon for some of his divisive political opinions. He is Republican and spoke out against his half-sister, Mariah Brown, over the Black Lives Matter movement. Paedon also said that he and Mariah do not get along and r/Ashamed-Arm-3217 said “I heard he was very anti-lgbtq” while r/Deserving-Critic said “I’ve never seen him post anything homophobic or anti-lgbtq.” Though there is some dispute amongst Sister Wives fans over his stance, though he has confirmed his support of Blue Lives Matter, which ruffled some feathers. He has burned bridges with several of his family members, but said in an Us Weekly interview that he still has close relationships with Garrison and Mykelti Brown.

Paedon also said that he also maintains a great relationship with mom, Christine Brown, as he usually visits her once a month. He supported Christine and Kody’s divorce, which many fans applauded him for. Paedon is known for speaking out against Sister Wives, even sporting a shirt saying “What. Does. The. Nanny. Do?” in reference to the decision for Robyn to hire a nanny during the pandemic. While fans agree with his opinions about Robyn and Kody, they do not like how he has treated his younger sister, Gwen.

Sister Wives fans dubbed Paedon the villain after he admitted to slapping Gwen in an off-camera incident. He said that they were in an argument and he took things too far by hitting her, leading fans to turn against Paedon. The 23-year-old admitted his mistake, but still has a long way to go before earning fans’ trust back after the incident. Reddit user r/jenellesinjail said it seems “like he is secretly a really scary and aggressive person in private” and others have compared him to his father, Kody.

90 Day Fiancé: Why Mike Is More Offensive & Problematic Than Alina