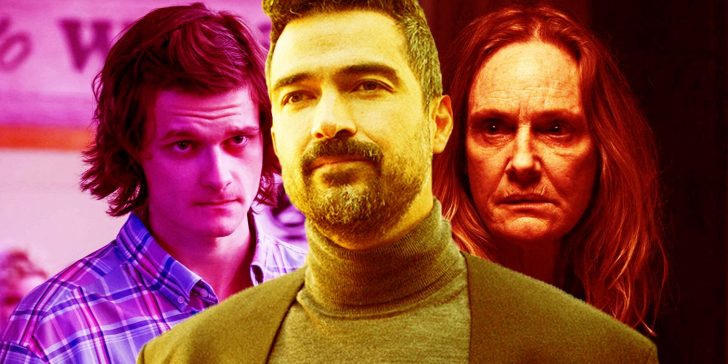 Ozark’s known for delivering satisfying deaths. However, one character’s disappointing demise was necessary for the show’s overarching narrative.

Ozark season 4, part 2 ends with the satisfying deaths of Omar Navarro (Felix Solis), Ruth Langmore (Julia Garner), and Mel Sattem (Adam Rothenberg), all of which only further puts into focus the disappointing fate of one villain that only made it to the end of Ozark season 4, part 1 – Darlene Snell (Lisa Emery). In Ozark, Darlene’s death turned out to be unceremonious and highly disappointing, especially compared to how these other characters in the show were executed.

Indeed, Ozark is notorious for killing off key characters in brutal, unexpected, and sometimes grandiose ways. However, in order for Ozark to consistently push its narrative in the right direction, some Ozark characters needed to meet disappointing deaths, and Darlene Snell is just one of them. Disappointing deaths stand out in Ozark because, prior to Darlene, the series has given viewers some of the most satisfying and compelling deaths in television history. This can be observed in the execution of Navarro cartel lawyer Helen Pierce (Janet McTeer), whose blood and ichor were used by Omar to baptize Marty (Jason Bateman) and Wendy (Laura Linney) into the cartel’s inner circle. Another character with a similarly gratifying death is Buddy Dieker (Harris Yulin), who sacrificed himself in order to burn the Snell’s opium fields and hide evidence from the authorities.

Darlene’s Underwhelming Death Was A Necessary Warning To Other Characters

Ozark’s many brutal executions are why the death of Darlene Snell (Lisa Emery) proved highly disappointing, but that was the point. Darlene was set up to be the big bad villain in Ozark season 3. After killing her own husband Jacob (Peter Mullan), Darlene began preparations to revamp her heroin empire, recruiting Ruth (Julia Garner), gaining Wyatt’s (Charlie Tahan) love, and even striking an uneasy alliance with Kansas City Mafia boss Frank Cosgrove Sr. (John Bedford Lloyd). However, in Ozark season 4 part 1, Darlene failed to deliver on all these promises, as the brutality and unpredictability that has made the character so compelling also rendered her practically useless. That being said, this is exactly the point of Darlene’s character arc. Darlene’s rise and fall reveal how hubris can only get a person so far in the cutthroat heroin business. Further driving this point across is the way Ozark season 4 villain Javi (Alfonso Herrera) unceremoniously executes Darlene inside her own home, the way she has done to so many others.

The way Ozark’s Darlene died shows that someone like Javi, who is even more erratic than Darlene, can just decide to get rid of her at any time. Back in season 1 of Ozark, Darlene shoots Del because of pride and impatience, and Javi kills Darlene in Ozark season 4, part 1 for the same reasons. Moreover, although nearly every main character in Ozark is full of pride, it is those who have no restraint about it that meet untimely deaths, such as Mason, Cade, Frank Sr., Helen, Petty, Ben, and Wyatt. These deaths served as ultimately unheeded warnings to characters like Omar, Ruth, Mel, and Javi himself, who, similarly to Darlene, ended up unceremoniously executed by Ruth.

Ozark’s final episode includes Ruth Langmore’s death, which further puts into focus how the ending of Ozark season 4, part 2 was a direct result of Darlene’s execution. Throughout Ozark, Darlene’s death – along with Wyatt getting caught in the crossfire – serves as a bridge in the string of revenge that begins with Del and ends with Ruth, one of Ozark’s most beloved characters. In the end, Darlene met an underwhelming death in order to give more weight to Ruth’s death at the hands of Javi’s mother Camila Elizondro (Veronica Falcón), around which Ozark serves its final lesson: there’s no such thing as a happy ending in the Lake of the Ozarks.

Ozark is streaming now on Netflix.

Flash Season 8 Finale’s Shocking Cameo: Who It Could Be

Peter is an elder millennial, cat-father, illustrator, and freelance writer for Screen Rant. Born, raised, and still based in Metro Manila, Philippines, Peter’s knowledge of geekdom was forged in the lagging fires of 56kbps Internet and dodgy forums, and now burns bright with the light of Netflix and downloads. When he’s not having visions about the end of the multiverse, he’s either bothering his cat or brewing ginger beer.