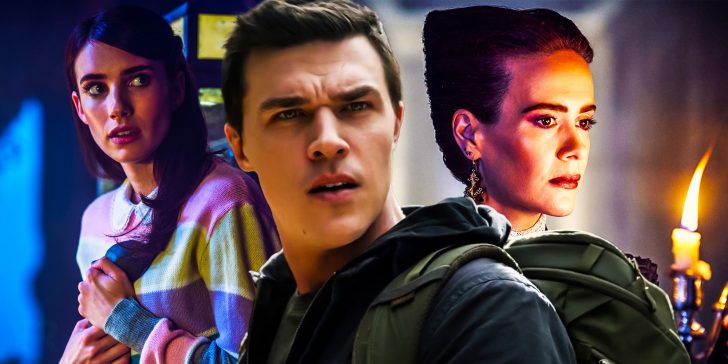 American Horror Story has been renewed up until Season 13, leaving many wondering whether or not the franchise is truly nearing its end.

American Horror Story is currently renewed for 13 seasons, though there’s conflicting evidence as to whether or not that will be it for the FX anthology series. While AHS is set to continue for another 3 years, the end could finally be in sight if the franchise is truly set for a 2024 curtain call. Be that as it may, there’s also evidence suggesting that the long-running show could stay on the air for many more years to come, assuming that networks are on board.

In October 2019, showrunner Ryan Murphy revealed that American Horror Story season 10 would bring back more original cast members than usual to commemorate what could’ve been the final season of the show, as FX had not yet renewed it beyond that point. Fortunately for Murphy, the network ordered an additional 3 seasons of AHS in January 2020, significantly extending the run of its most popular show. Although AHS seasons 11-13 have yet to air, fans have already begun speculating on the series’ future beyond that.

FX chairman John Landgraf admitted (via Deadline) that although American Horror Story season 13 being the end would be poetic due to the significance of the number “13” in the horror genre, he isn’t sure whether or not it will truly serve as the show’s swansong. “It could be one of those weird things where we keep going, and it ends up being 20 seasons,” Landgraf admitted. TV mogul Ryan Murphy has echoed similar sentiments, confessing in 2019 (via Entertainment Weekly) that he thinks the franchise has the legs to storm through to at least Season 20. “[Roanoke] was the season that made me think ‘OK, this show can go for 20 years.’ Because we can keep playing with the format, the form.” Whether or not Murphy’s attitude has since changed following Double Feature’s underwhelming reception is yet to be seen.

Although American Horror Story could hypothetically remain on air until season 20, Ryan Murphy would be doing his beloved show a disservice by not cutting the cord at season 13. If 1984 and Double Feature prove one thing, it’s that AHS’ heyday is long since over. Gone are the times when the franchise was the hottest thing on television. Now, audiences are forced to endure horribly written self-plagiarizing nostalgia trips that steal themes and motifs from previous seasons. For instance, 1984 was essentially Hotel (based on a true story) with the ghosts and serial killers, as was Double Feature with the character archetypes and vampires. Nothing about AHS is original anymore and it signals that Ryan Murphy is running out of ideas, which begs the question of what a hypothetical Season 20 would look like.

All things considered, FX Networks will undoubtedly keep American Horror Story on air for as long as Ryan Murphy still has ideas, whether they be fresh concepts or mere cash-grabbing repeats of the first 5 seasons. As it currently stands, the franchise is unlikely to end with Season 13 because Murphy has expressed interest in continuing it for at least another decade, although dwindling ratings may eventually force things to come to a halt. Perhaps the forthcoming AHS season 11 will decide whether or not American Horror Story has a future beyond Season 13.

Toby Hankin is a passionate freelance writer for Screen Rant who has lived in the United Kingdom for all twenty-one years of his life.