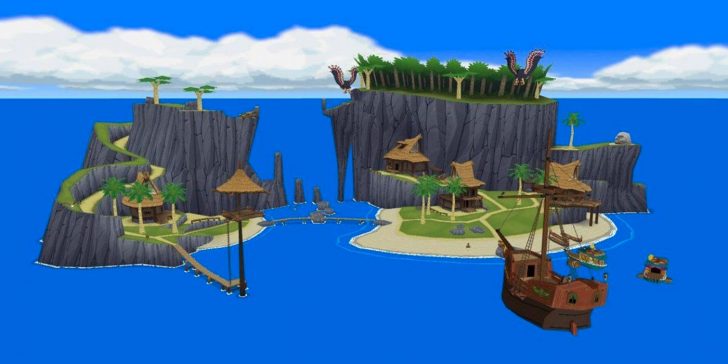 By making use of Nvidia’s Gaugan neural networking AI, a Legend of Zelda fan was able to produce a lifelike replica of Wind Waker’s Outset Island.

A fan of The Legend of Zelda: Wind Waker has leveraged AI to recreate a life-like version of the game’s Outset Island. While this piece is slightly more out-there, digital fan art inspired by this seminal, beloved series is nothing new, with a recent example being the Minecraft build themed after Zelda: Skyward Sword.

Wind Waker was, in many ways, a significant departure from the traditional Legend of Zelda formula. While previous and subsequent titles such as Ocarina of Time and Twilight Princess attempted to approximate realistic visuals by making use of more grounded art styles, Wind Waker swung in the opposite direction with its cel-shaded graphics and bright color palette. More so than any other Zelda game before or after it, Wind Waker focused on sea-bound exploration, with players traveling from island to island on The Kind of Red Lions, a sentient sailboat. Thanks to this nautical backbone, the game features several landmasses, both large and small, that players can investigate at will. This flexible approach to exploration makes the game tangentially similar to modern entries in the Zelda franchise like Breath of the Wild and its upcoming sequel, although Wind Waker is much more connected to series conventions by comparison.

Related: The Legend Of Zelda Has Too Many Split Timelines

While Wind Waker stands out from other Zelda games, fans of the franchise make unique pieces of art inspired by it all the same. A recent piece has come courtesy of Reddit user Datee27, who shared an image of a realistic Outset Island on the Zelda subreddit. While the image looks like a photograph, it is actually computer-generated via NVIDIA’s Gaugan neural networking, which is an artificial intelligence program used to create life-like images from references. By making use of the original design of Outset Island in Wind Waker, Datee27 was able to deliver this lifelike image.

The comments section of the post is filled with users expressing shock over the fact that the image is CGI and not a photograph. The various Zelda-themed sculptures, paintings, sketches, and 3D models produced by the fanbase, while at many times impressive, are still noticeably man-made. The presence of such a detailed, high-fidelity fabricated image is likely enough to give many viewers pause.

The picture is especially jarring when taking into consideration Wind Waker’s art style. Even for its time, the game featured very cartoonish visuals, so a photorealistic rendition of one of its locations is quite a juxstaposition. Still, the image is sure to be enjoyed by The Legend of Zelda: Wind Waker and AI enthusiasts alike, and it will be interesting to see if more in-game locations are rebuilt through this neural network AI.