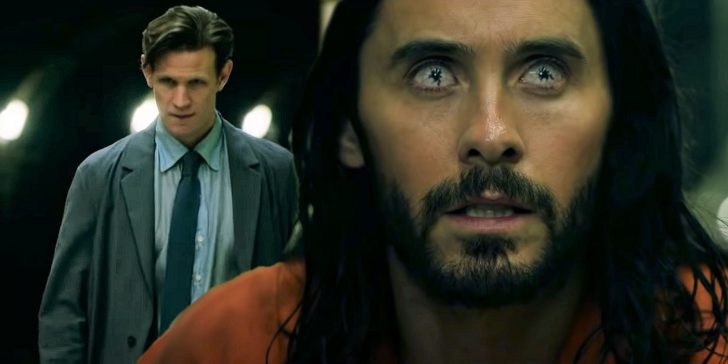 Morbius ﻿﻿actor Matt Smith has opened up about what it was like to work with his co-star Jared Leto on the set of the recent Marvel movie.

Morbius actor Matt Smith has opened up about what it was like to work with his co-star Jared Leto on set. Morbius is the latest film to be released in Sony’s Marvel universe. The film tells the story of Michael Morbius (Leto), a biochemist who accidentally infects himself with a form of vampirism while searching for a cure for his rare blood disease. Morbius is helmed by Life director Daniel Espinosa and along with Leto and Smith also stars Jared Harris and Adria Arjona. Audiences can catch Morbius in theatres now.

It is no secret that Leto is an avid method actor. Leto often makes full transformations for his characters and is famous for staying in character even when the cameras aren’t rolling. It’s almost a tradition at this point that every time Leto stars in a film, there will be news of at least one strange thing the actor did on set in the name of acting. Perhaps most strangely, it has been long rumored that Leto would send strange items to his co-stars while filming 2016’s Suicide Squad as if he were really the Joker. So far, the stories coming from the set of Morbius have been relatively tame. However, with Leto playing a living vampire, many have assumed that Leto must have done at least something on set to keep himself inside this unique character.

In a recent interview with SciFiNow, Leto’s co-star Smith has opened up about what it was like to work with Leto on set. Smith has kept his answer brief, simply stating that it was “interesting.” Smith has gone on to say that he mostly found Leto’s method acting “entertaining” and that working with Leto was “quite enjoyable to do.” The fact that Smith has been so brief in his answer does raise the question as to whether he has more thoughts that he would rather not share in an interview. See his full quote below:

I guess I found it quite entertaining, quite enjoyable to do.

Yes, [method acting] does interest me ultimately. I think it could happen naturally on a film set. I don’t think it has to be consistent for like four months. I think you can do it for a day.

Smith has also hinted at the fact that while he is interested in method acting, he doesn’t necessarily agree with Leto’s style of doing so. While not directly implicating Leto, Smith did state that he can see the method’s usefulness for perhaps a day of filming, though believes that staying in character for a four-month shoot seems excessive. While Leto has produced some highly praised performances in the past, it is understandable why Smith feels this way, given how past co-stars of Leto have said they sometimes struggled to work alongside him while he consistently stayed in character. Perhaps getting good reviews on a performance is not worth it if it is a detriment to the rest of the cast.

With that said, no particularly wild stories have surfaced so far from the set of Morbius, so it is possible that Smith was simply stating that the method wasn’t for him. In fact, Smith has also stated that he found his own acting experience on Morbius to be quite an enjoyable one, so clearly, his experience was not hindered in the end. Ultimately, fans will have to decide for themselves if method acting truly brings a character to life when they catch Morbius in theatres now.

More: Is Morbius In The MCU? Shared Universe Connections Explained