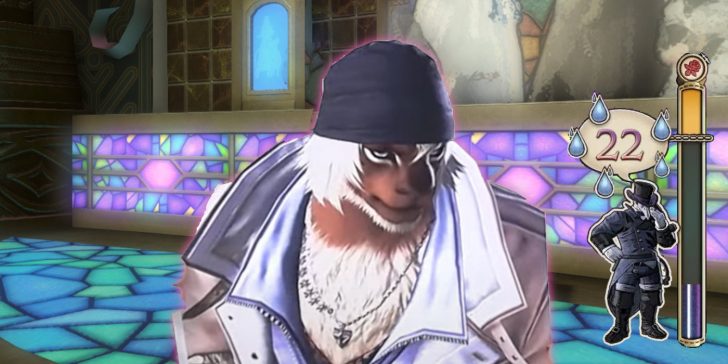 Patch 6.1 is almost here, but certain elements coming in the patch are experiencing a bit of a backlash. One of those elements is the new set of Hrothgar hairstyles. While Final Fantasy XIV players have long been asking for more Hrothgar customization, the new hairstyles cover up and cut off their distinctive ears.

During the livestream reading of the new patch notes, FFXIV creative director and lead producer Naoki Yoshida addressed the complaints. He began his statement by noting the Hrothgar is completely unique in terms of FFXIV races.

“I think it is important to touch on this part and provide an explanation,” Yoshida explained (as translated via the FFXIV Discord’s Iluna Minori). “You see, [the] Hrothgar’s head part is actually and completely exclusive.” It’s due to this special aspect that Hrothgars originally didn’t get additional hairstyles like other races. However, the team has since been trying to accommodate player wishes for more hairstyles.

Yoshida said that one of the conditions of adding the new hairstyles was hiding the ears, allowing the team to easily translate existing hairstyles over. The team then noticed the growing conversation around the lack of ears. Given that feedback, they’re currently figuring out how to handle the situation. It seems that if they cover the ears, the process is easier, but if they don’t, then specific iterations of each hairstyle will need to be created, which will take way more time.

“This is something that we’re struggling [with] here, currently,” Yoshida said. “We do have to step back and rethink. This will cause the frequency of [hairstyle] additions to drop, but maybe we can create specialized Hrothgar hairstyles that match their head shape? Though this will come in very limited numbers. Even if you tell us to hurry up and find a solution, we can’t do that because it indeed takes time.”

Yoshida ended his statement by asking for further feedback on the official forums. He also stressed that the Hrothgar are a difficult situation for the team, and asked for players’ understanding on the matter.

“Once again, I want people to understand that the head shape of Hrothgar is really unique and specially made here, and we created and implemented them this way, thinking the furries will be happy with this. Please understand that it’s done completely differently from other races in the game,” he added.

We’ll see how the process continues into the future. Female Hrothgar are still supposed to be added to FFXIV at some point, but given the issues that Square Enix is having with the male Hrothgar, they might look closer to the other races rather than their male counterparts.